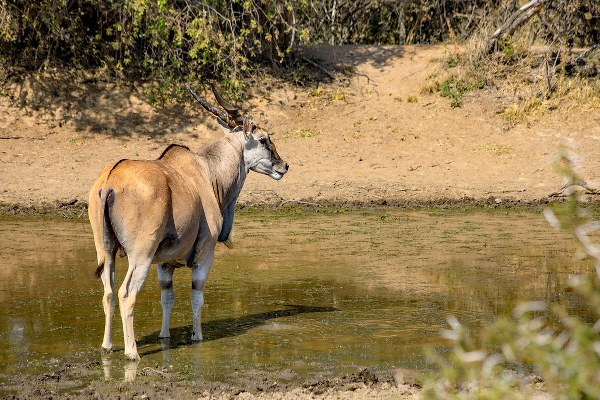 IN a bizarre incident, two Gweru men recently drowned in a dam on the outskirts of the city after one of the man had pursued an eland into the water body and drowned in the process. When the police sub aqua unit was retrieving the body, the other man swam towards where the body was and he also drowned.

“The first incident occurred on November 6 2019 at Mtshabezi Dam, where Mbano of Plot 42 Ruby in Gweru was hunting in the company of two friends. They saw an eland and gave chase, but the animal ran into Mtshabezi Dam,” Goko said.

“Mbano entered the dam pursuing the eland and he drowned. A report was made to the police and the scene was attended. The next day while the sub aqua unit was trying to retrieve the body, Mayela was observing proceedings from a distance.  He then entered into the water, tried to swim across the dam towards the scenes where the body was being retrieved and he also drowned.”

The police spokesperson added that the police managed to retrieve the two bodies and they were taken to Gweru Provincial Hospital for postmortem.

Meanwhile, a 42-year old Gweru man last week allegedly drowned his two-year-old daughter in a dam before hanging himself in a dispute over the custody of the child.

Lot Josiya of Woodlands Park in Gweru allegedly had a misunderstanding with his girlfriend, who lives in Mambo suburb over the custody of the their child and he took the toddler to Insukamini Dam in Lower Gweru, where he drowned her before hanging himself.