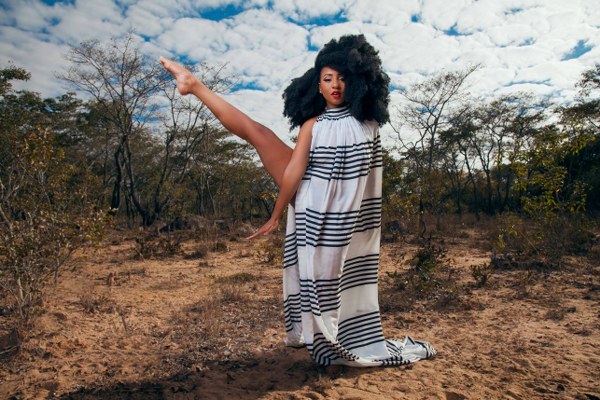 Songstress Ammara Brown says she has been considering getting married but the amount of abuse that her mother suffered at the hands of their father was holding her back over the past years.

Ammara is daughter to the late musician, Andy Brown. She poured her heart out on Monday when launching her video for the song “Tichichema”, which dwells on gender equality and gender based violence. Ammara revealed that she discovered her father’s murky acts when she was 12 years old.

“My mother confessed to me about all the different forms of abuse she suffered at the hands of my father. At first it was difficult to accept. I know I am not the only person who went through this, as millions of women also went through it. These abusive people need help, as it does not mean that they are totally bad people, but they need help.

Ammara said her past experience affected her as she grew up.

“I now want to find a husband and settle down, but l could not do that with something like that in my heart. It was something that l could not speak out about. For me adulthood and self-awareness motivated me to finally speak out about the certain pain that l was suppressing inside,” she said.

Ammara said although the song faced much criticism on social media, where people wrongly interpreted it, she hoped the video will bring clarity to all the misunderstanding and false perception.

The video produced courtesy of Women Empowerment and Hivos and it aims at addressing gender equality and women empowerment.

Guest of honour at the video launch Tanya Lubbern, who is also the regional director for Hivos Southern Africa said:

“Tichichema” is a tribute to the 16 days of activism against gender based violence.”

The video which was produced and shot locally, also features her sister Chengeto Brown.