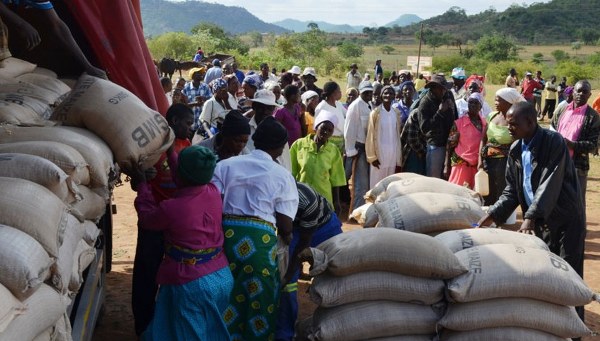 Musikavanhu triggered a storm when he appeared in an amateurish social media video addressing a small crowd of party supporters.

In the video, Musikavanhu vows to prevent MDC supporters and Tongaat Hullett Zimbabwe employees that did not subscribe to the government-aligned Zimbabwe Federation of Trade Unions (ZFTU) from benefitting from the programme.

He was referring to agricultural inputs that had been brought by Mnangagwa during his visit to Chiredzi earlier in the week.

Musikavanhu’s utterances come when the country is expecting the United Nations (UN) special rapporteur on food.

When contacted for further clarity on what he really meant, Musikavanhu said he was unapologetic about his stance regarding the programme.

“Yes, I cannot work with MDC leaders on a scheme involving the President’s inputs. How do you expect me to work with people who do not show respect for the President?” said Musikavanhu.

When asked how ordinary people in Chiredzi West and sugarcane workers had shown disrespect for Mnangagwa, Musikavanhu could not provide a satisfactory answer except saying the media could go to his constituency and make an assessment of how he related with the people.

“You can go there and talk to them and find out how I work with them. I have made clear that I cannot work with MDC leaders on the programme,” said Musikavanhu, who is a former top executive at Tongaat Hulett Zimbabwe.

When asked if he would allow ordinary MDC supporters and members to benefit from the programme, Musikavanhu said he could not promise as he was not responsible for policy-making in the party.

In the video clip which has since gone viral on social media, Musikavanhu tells the sugarcane employees who are members of the Zimbabwe Sugarcane Milling Industry Workers Union (ZSMIWU) that they should affiliate with the pro-government Zimbabwe Federation of Trade Unions (ZFTU) and shun the Zimbabwe Congress of Trade Unions (ZCTU)!

“You know ZCTU belong to the MDC right? Being the umbrella body? And you know ZFTU belongs to Zanu PF right? Being the umbrella body? I therefore cannot be with you if you say you do not like ZFTU; that would be giving the party and President Mnangagwa a hard time. As workers, the union we have here is under the federation so if you say ZSMIWU is not under ZFTU, you are saying down with Zanu PF!

“We must be clear with one another because we are receiving President Mnangagwa’s food. We have an MDC councillor here but he will not have a bite on this one. This food that I have brought here will not be given to an MDC person!

“When you are in ZSMIWU, you are mixed with those MDC scumbags as workers, but here we are doing Zanu PF business. Stop corrupting the party because of your greed for positions in ZSMIWU. I myself will never sell-out the Zanu PF party. I actually quit my job so that I could represent you,” Musikavanhu is seen saying!

“I am worried with Chiredzi West MP F Musikavanhu’s utterance over the weekend. He is clueless about how to represent our Constituency. We are going to respond by approaching the office of the DA and PA. We are also going to take legal action against Musikavanhu. I will represent anyone in my Ward despite of his or her political affiliation,” said Mutubuki.

Muza Mpofu - 22 November 2022 0
Dear Aunty Lisa I think I have a problem. I often dream about peeing and then wake up having wet the bed. How do I...

PLEASE HELP: I often dream about peeing and then wake up...