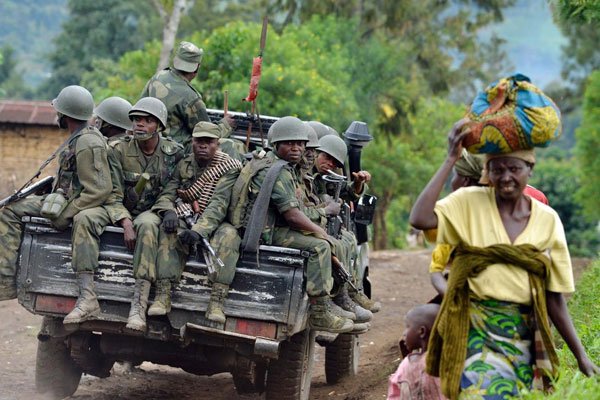 The Southern African Development Community (SADC) has condemned the attack on civilians in the Democratic Republic of Congo (DRC) and the violent demonstrations against the United Nations Organisation Stabilisation Mission peacekeepers in the DRC .

The attacks in Beni have resulted in the death of about 80 people as well as injury and displacement of many people.

In a statement released by President Emmerson Mnangagwa in his capacity as the chairperson of the SADC Organ on Politics, Defence and Security Cooperation, SADC voiced its condemnation of the attacks that the Allied Democratic Forces (ADF) continue to perpetrate on the civilian population in the DRC.

“SADC expresses its sincere condolences to the government and the people of the DRC as well as the families of those who lost their lives in the attacks and wishes those that were injured full and speedy recovery,” read the statement.

The attacks have dealt a major blow to the Ebola fight in the DRC as aid agencies have had to evacuate their personnel.

“As a result of the attacks, the response to the deadly Ebola Virus Disease has also been disrupted, this poses a huge risk of Ebola spreading beyond the current epicenter of the disease, which may lead to more deaths,” noted President Mnangagwa. The outbreak of the virus has killed 2,198 people in North and South Kivu and Ituri provinces since 1 August 2018, according to the latest official figures.

It is the second deadliest outbreak ever. The worst struck west Africa between 2014 and 2016, claiming more than 11,300 lives. SADC a also called on the DRC government to take all necessary measures to ensure the protection of civilians and end the violence perpetrated on peacekeepers.

A significant territory is controlled by armed groups in Eastern DRC, especially a militia called the Allied Democratic Forces. The Congolese army began an offensive against the ADF on 30 October, vowing to wipe out armed groups in the east of the country. In the Beni area alone, 99 people have been killed by armed groups since 5 November, according to the not-for-profit Congo Research Group.