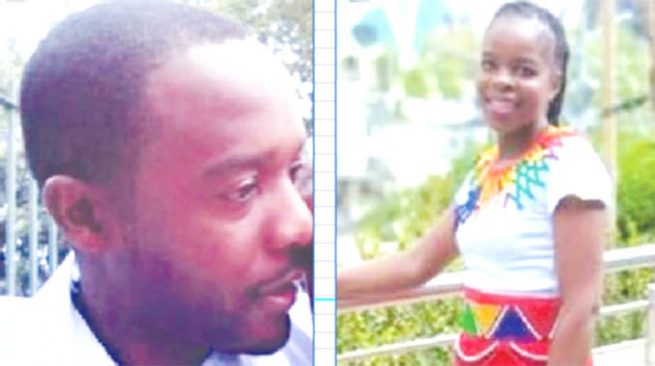 Chilling details of a Zimbabwean man who killed his wife and stashed the body for four days in South Africa have emerged with information that the woman had six stab wounds on her body.

Kuziwa Tsvito from Dangamvura in Mutare allegedly killed his wife Netsai Makore, 33, three weeks ago and wrapped the body with dustbin plastics before stashing it under the bed.

Brother to the deceased Joseph Makore, in an interview at their Glen View home said he had gone to see his sister several times but Tsvito had said he did not know where she had gone for days yet her lifeless body lay under the bed.

Tsvito would also use Netsai’s phone to text to relatives as if it were Netsai saying she was in Capetown.

“He stabbed my sister six times – on the neck, chest and the hand which she possibly tried to shield herself from the attack.

“He stashed the body under the bed. I would come and ask the whereabouts of my sister since I did not hear from her as this was unusual of her but Tsvito would lie to my face pretending not to know where my sister was.

“He would act surprised yet he knew exactly what he had done and the worst part of it is he would take my deceased sister’s phone then text me as if it’s coming from my sister achinyora achiti musanditsvage, ndiri ku Capetown.

“It’s difficult to comprehend what he did to my sister, if it was an accident we could understand why but this is unacceptable,” said Makore.

Makore said Tsvito could be hiding in Mozambique a closer place to his home in Dangamvura in Mutare and also ruled out other social media reports which speculated that Tsvito was a security detail for Prophet Makandiwa or Prophet Magaya saying he was just a waiter.

“Whatever is being posted on social media are all lies. I’m the one who reported the matter to the police and I’m well informed of the circumstances.

“If there are any latest developments on the hunt for this murderer, I’ll be the first to be in the know,” Makore said.

Tsvito, after allegedly murdering his wife, stayed in the room with his three-year-old daughter as well as the decomposing body.

Contrary to social media reports that Tsvito committed suicide by jumping from a bridge after a police chase as seen on a circulating video, the fugitive is alive and still on the run.

Makore and South African Police Service’s (SAPS) officer (name withheld) handling the case confirmed that the man seen in the video is not Tsvito.

Netsai’s remains were interred over the weekend.