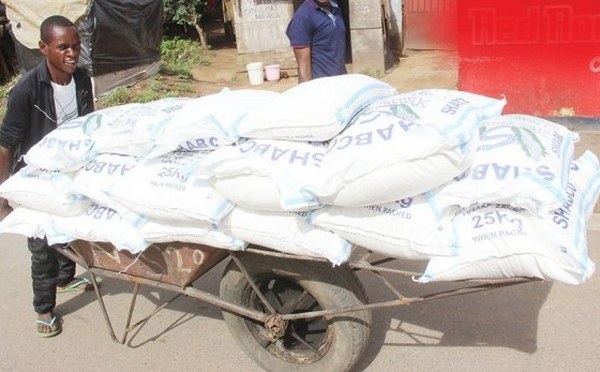 Subsidised roller meal has started finding its way onto supermarket shelves, while millers have implored retailers holding onto old stock to approach their suppliers to be credited for the difference.

A survey by The Herald showed that some retailers have reduced prices of roller meal to around $50 for a 10kg bag as per Government directive, while others were still to comply with the new price structure.

The intervention by the Government is part of a raft of social safety nets to cushion ordinary people from profiteering, inflation and drought.

Retail shops such as OK were selling roller meal at the reduced price yesterday, but supplies were still subdued with only 5kg selling for $25 remaining in most shops.

In a statement yesterday, the Grain Millers Association of Zimbabwe (GMAZ) national chairperson Mr Tafadzwa Musarara implored retailers with old stock to contact their suppliers for credit notes and start selling at the new prices.

“The price reduction exercise on roller meal pursuant to the newly introduced subsidy is now ongoing nationwide on fast-track-basis. We are requesting wholesalers and retailers nationwide to contact their respective millers who supplied them with roller meal products, obtain credit notes on the current invoices, obtain new invoices of maximum prices of $45 per 10kg and sell at the maximum retail prices of $50 per 10kg,” said Mr Musarara.

“The prices of other pack sizes (5kg and 20kg) should be calculated pro-rata. These prices must be applied in all shops by 3pm today Sunday, December 8, 2019.”

However, some shops were yet to reduce the prices of their roller meal.
A miller who spoke to The Herald attributed the delay in compliance to the cumbersome processes at the Grain Marketing Board (GMB).

“We first take delivery of grain from GMB, we then do milling and packaging, so these processes take sometime. But by next week the market would have flooded with the new subsidised roller meal,” said the miller.

“Confederation of Zimbabwe Retailers engaged formal retailers and most have complied with the noble instruction to reduce the price of roller meal. As an association, we further direct GMAZ, through its membership, not to deliver to any sector player that has not complied. We are monitoring the situation together with GMAZ closely,” said Mr Mutashu.

National Business Council of Zimbabwe president Mr Langton Mabhanga commended the Government for being responsive to the needs of the people.

“We salute President Mnangagwa for demonstrating a listening ear service-driven leadership. While roller meal price has been halved, there is need to look at other products like cooking oil, sugar beans, salt, sugar, washing and bathing soap and gas,” said Mr Mabhanga.

Another economist said the Government should expeditiously extend subsidies to other products as part of efforts to further improve the livelihood of ordinary people.

“That is quite noble. There are goods such as cooking oil, rice, bread among others people ought to be cushioned as well,” said the economist.

President Mnangagwa has indicated that subsidies for at least seven basic commodities will be introduced soon to relieve the nation from relentless price increases.

He said this on Saturday while addressing the Zimbabwe Liberation War Collaborators’ Organisation (ZILIWACO) National Conference in Harare.

The Head of State and Government said his administration would continue to provide safety nets for vulnerable members of society.

News Muza Mpofu - 15 June 2021 0
A LOCAL prophetess has defended her practices saying she is guided by the bible. Prophetess Boltcutter has come under scrutiny after her videos circulated on...
Loading...