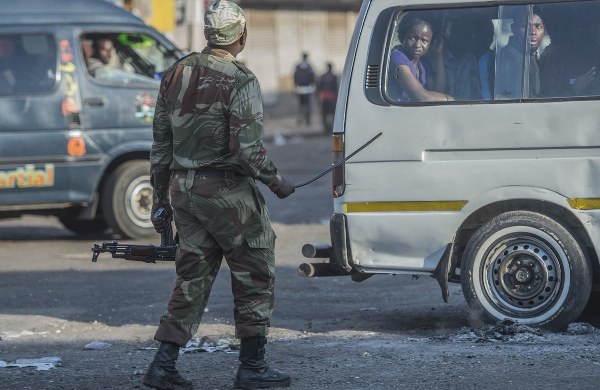 A Harare woman changed United States dollars to local bond notes from a money changer on Saturday night and was given a bunch of $5 bond notes.

On Monday she used the money to buy in shops and there was no issue raised.

On Tuesday afternoon she boarded a kombi from Harare CBD going to her location and the conductor accused her of using fake version of bond notes.

After a scuffle that happened within the vehicle, she removed another $5 bond note to pay and the conductor alerted her that all her monies had the same serial number.

There has been a series on reports that fake bond notes and Zimbabwe Dollars are being manufactured and flooded in the market.

Most of them have the same serial numbers.