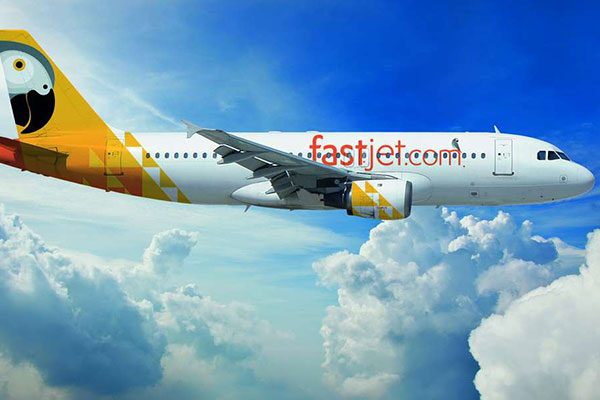 Struggling budget airline FastJet has confirmed it aborted take-off from OR Tambo International Airport in Johannesburg on Sunday because of LOW FUEL.

Passengers shared their shock on Twitter after pilots on the morning flight to Harare announced that they had been stationary for too long on the runway waiting for permission to take off – and the wait had depleted their fuel.

Passengers accused the airline of “playing with lives” by failing to fuel sufficiently for the flight.

When a passenger on a different flight posted that they finally got a boarding call following lengthy delays, one Twitter user replied: “Pray the aircraft has fuel. A Harare-bound aircraft aborted take-off earlier today on the runaway after it ran out of fuel whilst taxiing!”

Chimed in another: “True story. The plane is FastJet.”

A passenger who was on the Embraer ERJ-145LU aircraft, flying as flight FN8332, told ZimLive they were later made to disembark and return to the terminal after the aborted take-off.

“The plane left its parking bay and went to the taxiway. The pilot came on and told us that we would take off after a plane which was visible to our left had taken off. That plane took-off after a few minutes. Then as we were expecting our turn to take-off, we were then informed that the plane had run out of fuel,” the passenger said, declining to be named.

The passenger said they were concerned for their safety.

“It occurred to us that FastJet cut it a bit too fine on their fuelling. I’ve been on flights where take-off is delayed even for 30 minutes and this is the first time that I’ve heard of a plane running out of fuel on the runway. They’re playing with people’s lives, it’s crazy,” the passenger said.

In a brief statement on Twitter, FastJet said: “Our fuel loading is a controlled process by aircraft type and industry standard. The impact on the fuel requirement was as a result of an extended taxiway delay.”

A ZimLive request for a comment on the safety of its aircraft had not been answered.

Aviation experts say taxiing consumes a large amount of jet fuel, more than when an aircraft is in flight. Fuel consumption is estimated to be as high as 27 percent of total fuel burn for a 90-minute flight where waiting in queue adds to the time on the ground.

Last week, the loss-making airline announced plans to dispose of its Zimbabwean unit. FastJet has already pulled out of Tanzania.

The airline said it is looking to offload the Zimbabwe unit to a consortium led by its major shareholder, Solenta Aviation, for US$8 million.

FastJet said if the restructuring plans do not pan out by the end of February, the Africa-focused company may not be able to continue trading as a going concern.

Persistent volatility and uncertainty in the Zimbabwean market would see the company report a loss after tax of around US$7 million to US$8 million for 2019, compared with a loss of US$ million last year.