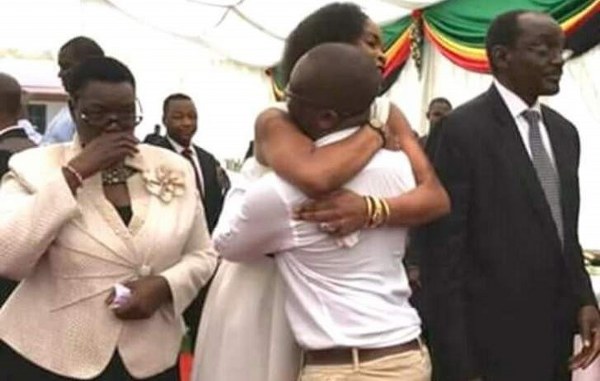 WIDESPREAD panic has gripped Zanu-PF amid fears that the G40 faction has spread its tentacles to the ruling party’s Presidium.

This follows the latest revelations that Vice President Constantino Chiwenga’s wife, Marry Mubaiwa, was a cash mule for G40, moving over US$1 million to self-exiled former Zanu-PF officials while also feeding them with top-secret insider information about the goings-on in Zanu-PF.

Mubaiwa was arrested and detained yesterday at Rhodesville Police Station in Harare, on charges of money laundering and misrepresentation.

A police report on the circumstances of her arrest reads in part: “The allegations are that on period between October 2018 and May 2019 the accused externalised US$1, 000 000,00 to China and South Africa.

High level sources within Zanu-PF say Marry was trapped and caught moving funds to G40 functionaries who fled the country in November 2017 when Robert Mugabe was toppled from power.

“She moved money for the G40, who President Emmerson Mnangagwa described at last month’s politburo meeting as a threat to national security. There are also allegations she could have poisoned the Vice President,” said a source.

Another source corroborated this, painting a picture of deep-seated fear in Zanu-PF as accusations and counter-accusations fly around.

“She was not acting alone, apparently, and the witch hunt continues,” the second source weighed in. “Another high-profile arrest is coming in the next few days, if not hours.

“However, the difficulty is that the charges are more of a political nature than criminal. It might be a tough order to secure a conviction for the other big fish in Zanu-PF who is facing arrest in the coming days. At best, maybe the person will be dealt with politically, which may entail being fired form the party.”

The police report on Marry also reveals that she and the Vice President were not wedded and were just in cohabitation. Marry Mubaiwa allegedly tried to secure a marriage certificate while her husband was bedridden in China.

Speaking at the recently ended Zanu-PF 18th Annual National People’s Conference at Goromonzi High School, both President Mnangagwa and Vice President Constantino Chiwenga warned that top members of the party and Government were resisting to accept the reality of the New Dispensation.

VP Chiwenga further warned that anyone who dabbled in corruption would be arrested, “even if you know me.”