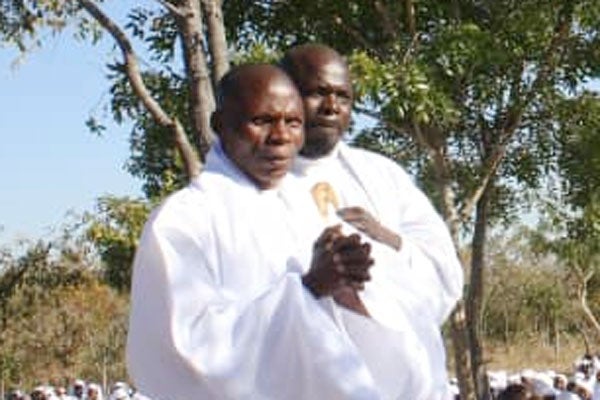 LEADER of the Johanne Masowe eChishanu Apostolic Sect Andby Makururu has accused prophets who claim to heal all ailments of being “fake prophets”.

He told this publication on Friday that it was impossible for anyone to heal all ailments.

Makururu said he was engaging eye specialists to conduct outreach programmes within his church.

“I have realised that there are some prophets who claim that they can heal all kinds of ailments. This is not true,” Makururu said.

“This is the reason why some people are dying from cancer, HIV and Aids as well as other diseases.

“People don’t only survive on the spiritual side, there is always the flesh side.

“l said this thing of prophesying in 1985 and if you see a prophet who says l heal all ailments he is a fake prophet.”

The man of God believes there is need for people to seek medical help from experts.

“l am engaging doctors so that they come and assist members of our church with eye problems,” Makururu said.

“l realised that this is a major problem in my church. The spiritual side told me that l should do so because we have some people who can’t afford hospital fees.”

Makururu said they were also engaging the Health and Child Care ministry for approval.

He said apart from the medical outreach programmes, the church was coming up with projects aimed at empowering women.

“We are starting projects for women in my church. l am giving them money so that they can do bakery and poultry,” he said.

“l realised that domestic violence starts because women don’t have something to do.

“We are trying by all means to empower women while we are engaging government and development partners to assist us with funding.”

The prophet also affirmed his determination to curb child marriages within religious groups.

Recently, Makururu led members of his church and other denominations in a march in Mutare meant to raise awareness on child marriages and drug abuse by the youths.

The man of God is expected to lead a similar march in Harare this month.

Makururu through his Ruvheneko Rwenyenyedzi Trust promised to transform indigenous churches to suit global trends and values, chief among them safeguarding the girl child.