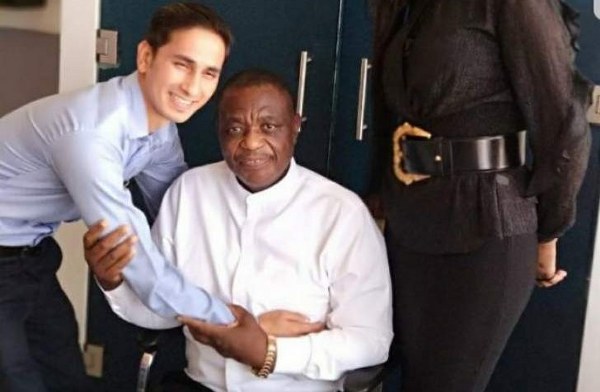 VICE-PRESIDENT Constantino Chiwenga’s wife, Marry, was yesterday charged with attempting to kill her husband while he was on life support at a South African hospital.

Marry, represented by Taona Nyamakura of Mtetwa and Nyambirai Legal Practitioners, appeared before Deputy Chief Magistrate Christen Mberewere, who remanded her in custody to December 30 on the attempted murder charge and advised her to apply for bail at the High Court.

She was also denied bail on fraud and externalisation charges and remanded to December 30.

Prosecutor Michael Reza appeared for the State. The complainant in the matter is the Vice-President.

Allegations are that in June this year, an ill Chiwenga was airlifted to South Africa to seek medical attention, but the former top model forced him to stay in a hotel in Pretoria for 24 hours without taking him to hospital.

The State alleges that it only took the intervention of the former army commander’s security team, which forced her to take him to a medical facility identified in the court papers as Netcare Hospital.

It is at the facility that Marry allegedly attempted to kill Chiwenga.

“Upon his admission at the hospital, the complainant was inserted with intra-venous giving set as well as central venous catheter in order to sustain his life. Some weeks later, the complainant was transferred to a private ward, where he was under 24-hour monitoring by doctors and his security personnel,” the court papers read in part.

A central venous catheter, also known as a central line, is a tube that doctors place in a large vein in the neck, chest, groin, or arm to give fluids, blood, or medications or to do medical tests quickly.

Intra-venous giving set are regularly used to provide fluid therapy, to administer medicines and blood products “During the time the complainant was admitted at the hospital, he was helpless and would rely on medical staff and the security personnel whenever he was moving from one point to the other,” the court papers read.

“On July 8, 2019, at about 2000hrs, the accused came to the hospital with the intent to cause serious harm to the complainant. She ordered the security personnel to excuse her alleging that she wanted privacy with the complainant inside the ward.

The court heard that Marry immediately disappeared from the hospital.

It emerged in court that Marry has several cases being investigated, including alleged abuse of Mushamukadzi funds, misrepresenting that winners of the Miss Zimbabwe pageant that she used to run had won vehicles yet the vehicles were registered in her name, among other charges.

Reza said investigations were in their infancy, adding more charges would be pressed against her.

“They are investigating her on how she handled funds from Mushamukadzi, an organisation she previously headed. They are investigating cases where (when) security details travelled outside the country, they were entitled to per diem in foreign currency, (but) the accused person would take the money. The statements from these witnesses have not been recorded,” Reza said.

In opposing bail, the State argued that Marry had not succeeded in her earlier attempt to kill the former army boss and given a chance, she would be determined to finish him off.

“The accused has been placed on remand for attempted murder, meaning her mission in South Africa was not completed. She didn’t succeed in killing the Vice-President of this country, meaning she has unfulfilled business with her husband. If released on bail, she will most likely go all out to ensure that the mission aborted by security personnel, firstly, when they had to use force to get the complainant out of her hotel to a hospital and, secondly, when she allegedly removed life support, she will persist with that mission,” Reza said.

The investigating officer in the fraud and externalisation cases, Victor Masimba, of the Zimbabwe Anti-Corruption Commission, also opposed bail, but not before he was cornered by Nyamakura after conceding they arrested Marry without concluding investigations.

Nyamakura hinted to the court that Chiwenga was fighting for the properties bought in South Africa by Marry that form part of the charges.

Nyamakura also said Marry herself was a victim of an assassination attempt, which has created problems with her health, including swollen hands that were also visible when she appeared in court yesterday.

Marry was arrested on Saturday and charged with fraud, externalisation and money-laundering involving more than US$1,9 million.

She is accused of financing a flashy lifestyle, buying top-of-the-range vehicles and houses in South Africa after faking invoices through her employees and friends.

The former top model, previously married to ex-footballer Shingi Kawondera, is also accused of fraud by misrepresenting to court officials that her husband had consented to a wedding ceremony when, in fact, he had not as he was bedridden, and externalising money to South Africa and China between October 2018 and May 2019.

Videos & Pics Edmore Huni - 18 June 2021 0
In a dramatic incident two ladies teamed up and thoroughly bashed a two-timing married man who was double-crossing them. The incident happened on Thursday at...
Loading...