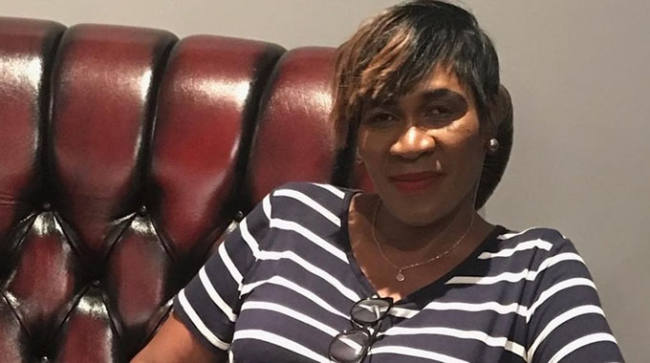 ANGRY family members of Marry Mubaiwa, jailed wife to Vice President Constantino Chiwenga, on Monday came close to raining blows on NewZimbabwe journalists Costa Nkomo and Leopold Munhende as the scribes took images of them outside the court building.

Helga Mubaiwa, mother to the embattled former model, also hurled some unprintable words at the journalists.

Upon observing that she was being pictured, Helga confronted Nkomo shouting and insulted him for taking pictures.

It was not long before Mubaiwa and other family members mobbed Nkomo at a kiosk outside court building.

She, together with a female colleague, poked Nkomo with a finger on the face, threatening to beat him up.

“What you are doing is not right! Why are you taking my pictures! You want to go and use them in your stories as if you don’t know the central person in this matter (Marry),” fumed Mubaiwa.

She went on: “We will deal with you. You don’t just take people’s pictures without their consent. Are you even journalists? How do I know and why are you taking pictures?”

Helga, a losing candidate in the Zanu PF primary elections in Seke constituency, went on to shout some unprintable words at the scribes.

Zororo Nkomo, a journalist with ZiFM, restrained one of the male family members whose name could not be ascertained, from assaulting Munhende.

“Leave me, let me just deal with him. This young boy thinks he knows everything,” said the man.

The Magistrates’ Court and its vicinity are public spaces where journalists are free to perform their duties without any restraint.

Marry was sent to Chikurubhi Maximum Prison and will be appearing in court on the 30th of December 2019.

Marry is facing six counts of externalisation amounting to US$ one million, five counts of money laundering, one count of fraud and attempted murder.