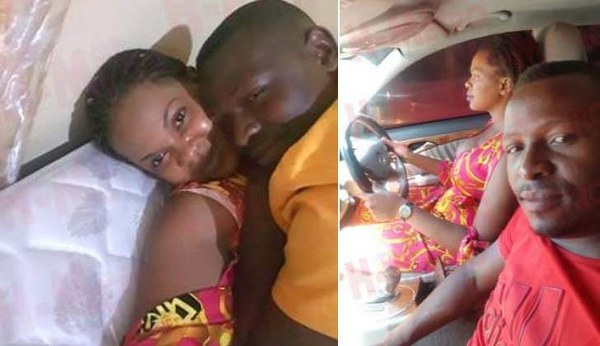 A popular Kadoma prophet and leader of the Royal Family International Ministries had an extra marital affair with one of his congregants whom he reportedly dumped after having his child.

According to H-Metro, Prophet Charles Pintec had the illicit affair with one Grace whom he then decided to neglect after having his child prompting her to expose the secret affair she had with the man of God.

According to a source who spoke to H-Metro, Prophet Pintec fell madly in love with Grace to the extent of impregnating her but when the woman gave birth, the man of God decided to dump her.

Out of anger and bitterness, the woman is said to have started spreading pictures of her and Pintec during their good days on social media so as to expose Pintec to his congregants and the whole world.

“Prophet Pintec of Royal Family Church is a well-respected man by his congregants but his actions have proved otherwise.

“He had secret extra marital affair with one of his congregants Grace to the extent of siring a child with her and he decided to quit the relationship after the birth of the child.

“This did not go down well with Grace so she started exposing the Prophet by sending pictures of her and the man of God during the subsistence of their relationship so the man is now the talk of the town,” said the source.

When H-Metro contacted Pintec to get his side of the story, he pleaded guilty to the accusations and apologised to everyone who might have stumbled upon the pictures of him and Grace during their good days.