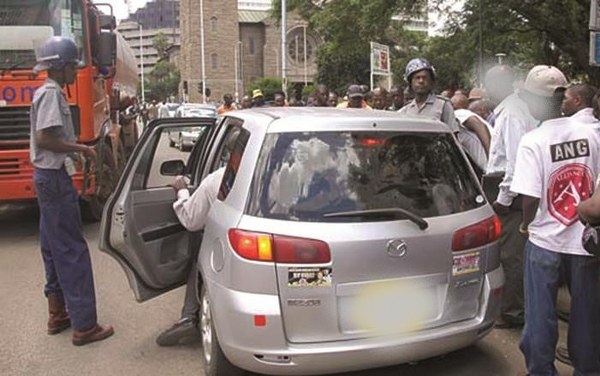 Mshika-shika gangs operating in the Central Business District (CBD) are reportedly stealing valuables from unsuspecting passengers, most of them cross border traders.

H-Metro has established that passengers who have their goods placed on top or back of the mushikashika cars are falling victim as the gang opens bags to steal some valuables in transit.

Most of these cases are occurring in pirate taxis plying the Roadport-Market Square route.

Melisa Mbengo, a cross border trader coming from South Africa yesterday said she had some of her groceries stolen by the Mshika-shika crew after she boarded a pirate taxi at Corner Jason Moyo Avenue and Simon Muzenda Street.

“I only realised when I got home that I was missing some baby clothes that I had bought in Johannesburg for my grandson.

“I know these touts sitting at the back would take some items in the bag and you won’t even notice until you get home.

“It’s just a short distance and they would have already taken so much from your luggage,” she said.

Some Mshika-shika crew interviewed by H-Metro at the Simon Muzenda rank confirmed that there are several pirate taxi operators stealing from passengers in the CBD.

“There is a blue Honda Fit which was doing rounds from here and we can help you identify the car.