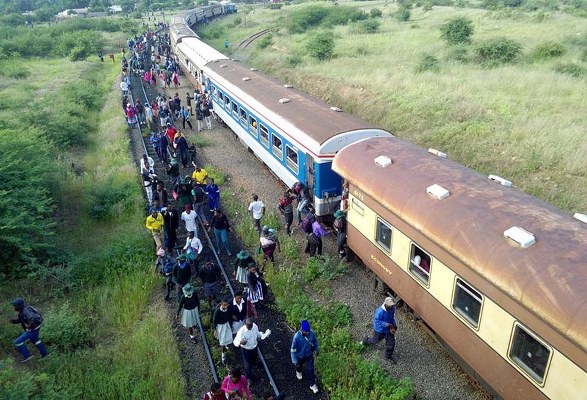 POLICE are investigating a case in which a 41-year-old man died in a Victoria Falls bound train last Monday in what is suspected to be effects of the heat wave.

The deceased, whose body was conveyed to United Bulawayo Hospitals for post-mortem, has been identified as Tendai Ncube of Bulawayo.

He was reportedly in a train that was heading towards Victoria Falls from Bulawayo when he was found frothing and sweating in the toilet.

“We received a report of a man who was found unconscious in a toilet in the train at Majindwane grand siding in Sawmills. Some passengers and train crew tried to render first aid but he died before he could be taken to hospital. Investigations are underway to establish the cause of death and we are waiting for post-mortem,” said Chief Insp Makonese.

She said a passenger known as Knowledge Mahumucha found Ncube in a toilet frothing from the mouth and heavily sweating.

Mahumucha asked for help from other passengers and they carried an unconscious Ncube to another coach in which they tried to render first aid.

Ncube died before they could reach the nearest train station in Dete.

A report was made to Dete police who took the body to Hwange Colliery Hospital before transferring it to UBH.