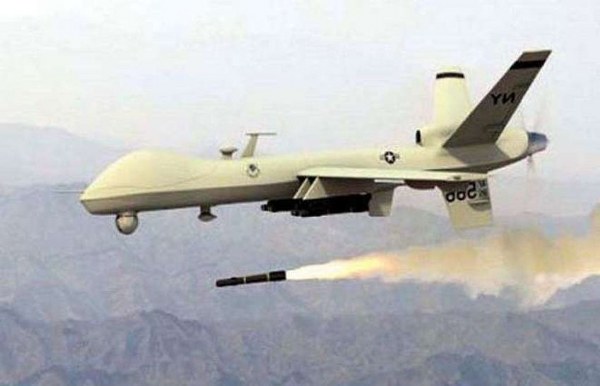 President Donald Trump said the US killed Iran’s top military commander Qasem Soleimani “to stop a war, not to start one”.

Mr Trump said Soleimani’s “reign of terror” was “over” following a strike at Iraq’s Baghdad airport on Friday.

The killing marked a major escalation in tensions between Iran and the US.

US officials said 3,000 additional troops would be sent to the Middle East as a precaution.

Meanwhile, Iraqi state television said there had been another air strike in the country, 24 hours after the killing of Soleimani. An Iraqi army source told the Reuters news agency that six people were killed in the new strike, which hit a convoy of Iraqi militia in the early hours of Saturday morning local time.

A US military spokesman denied that the American-led coalition fighting in the region was responsible.

“FACT: The Coalition @CJTFOIR did NOT conduct airstrikes near Camp Taji (north of Baghdad) in recent days,” said Colonel Myles Caggins III, in a post on Twitter.

What did President Trump say?

Speaking at a news conference at his Mar-a-Lago resort in Florida, Mr Trump said of Friday’s attack: “The United States military executed a flawless precision strike that killed the number one terrorist anywhere in the world, Qassem Soleimani.”

He said: “Soleimani was plotting imminent and sinister attacks on American diplomats and military personnel but we caught him in the act and terminated him.”

How did Iran react?

In a statement following Soleimani’s death, the Supreme Leader Ayatollah Ali Khamenei said: “His departure to God does not end his path or his mission, but a forceful revenge awaits the criminals who have his blood and the blood of the other martyrs last night on their hands.”

In a letter to the UN Security Council, Iranian ambassador Majid Takht Ravanchi said that Tehran reserved the right to self-defence under international law.

How does Iraq fit into this?

Iran supports a variety of Shia militia groups in neighbouring Iraq. Soleimani had just arrived at Baghdad airport and was travelling in a convoy alongside officials from such militia, when their cars were hit by several US missiles on Friday.

Iraqi militia leader Abu Mahdi al-Muhandis was also killed in the strike. He commanded the Kataib Hezbollah group – also backed by Iran – which Washington blamed for a rocket attack that killed a US civilian contractor in northern Iraq last week.

Iraq is in a difficult position, as an ally both of Iran and of the US. Thousands of US troops remain in the country to assist in the broader struggle against the Islamic State (IS) group. But the Iraqi government insists that the US has acted beyond the terms of this agreement.

Prime Minister Adel Abdul Mahdi labelled the missile strike as a “brazen violation of Iraq’s sovereignty and a blatant attack on the nation’s dignity”.

Iraq’s parliament announced that it would hold an emergency meeting on Sunday. The US State Department warned Americans in Iraq to leave “immediately”.

Who was Qasem Soleimani?

The 62-year-old was widely seen as the second most powerful figure in Iran, behind Supreme Leader Ayatollah Ali Khamenei.

The Quds Force, an elite unit of the Iranian Revolutionary Guard Corps (IRGC), reported directly to the ayatollah, and Soleimani was hailed as a heroic national figure.

Under his 21-year leadership of the Quds Force, Iran bolstered Hezbollah and other pro-Iranian militant groups in Lebanon; expanded its military presence in Iraq and Syria; and orchestrated Syria’s offensive against rebel groups in that country’s long civil war.