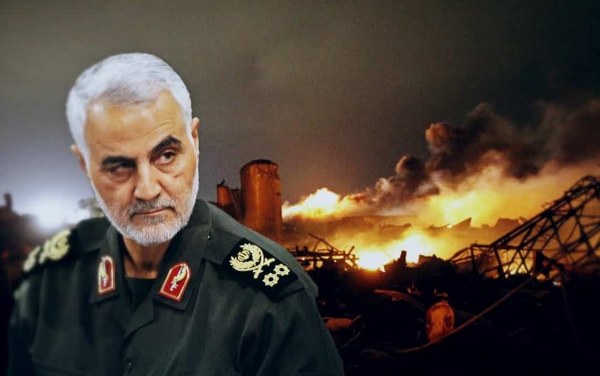 The ANC has called the assassination of Iran’s elite Quds Force commander by the US an act of “international terrorism”, after an airstrike killed General Qassem Soleimani last week.

“We view this latest inhumane episode as an attack on the sovereignty and self-determination of the people of Iran,” the statement released by secretary-general Ace Magashule said.

“The ANC rejects this raw aggression against the people and government of Iran, which has the potential to plunge the Middle East and the World into a full-scale war,” the hard-hitting statement said.

On Friday, in a more restrained statement, the department of international relations and cooperation said it was “alarmed by the escalating tensions in Iran”.

“It is crucial for all sides to remain calm and desist from taking any further action that will exacerbate the already fragile situation. South Africa emphasises its principled view that conflicts should be resolved through political dialogue rather than resorting to the use of force,” the department’s minister, Naledi Pandor, said.

The ANC called on the UN “to act firmly and expeditiously against this act of international terrorism”, and also urged all parties to exercise maximum restraint.

The party also called on the US to “take a leaf out of the African Union book on its commitment to silence the guns” – an initiative to achieve a conflict-free Africa where leaders hope that all conflict would end by 2020.

Meanwhile, a reported attack by al-Shabaab killed three Americans at a military base in Manda Bay, Kenya.

The US Africa Command team said that they are “committed to preventing al-Shabaab from maintaining a safe haven to plan deadly attacks against the US homeland, East African and international partners”.

While the funeral procession to honour Soleimani, a top Iranian military commander who was assassinated last week in a United States air raid in Baghdad, was under way in Iran, the Iraqi parliament called on foreign troops to leave Iran in mourning and vowed revenge for Soleimani’s killing.

The move by the US has drawn condemnation from leaders and officials who fear that tensions in the region could escalate drastically. Iran’s Supreme Leader Ali Hosseini Khamenei warned that “a harsh retaliation is waiting”.

On Saturday, US President Donald Trump threatened to hit 52 Iranian sites “very hard” if Iran attacked US citizens or assets.

Brigadier General Esmail Qaani, the new commander of Quds force, said he aimed to expel the US from the region in the wake of Soleimani’s killing.

“We promise to continue martyr Soleimani’s path with the same force … and the only compensation for us would be to remove America from the region,” Qaani was quoted as saying by state radio.

Trump insisted on Sunday that Iranian cultural sites were fair game for the US military, dismissing concerns within his own administration that doing so would constitute a war crime under international law.

The president first raised the prospect of targeting Iranian cultural sites in a tweet on Saturday where he said the US had 52 targets in its sights.

Speaking to reporters as he returned to Washington from a holiday in Florida, he repeated the threat.

Trump threatened sanctions against Baghdad on Sunday after Iraq’s parliament called on US troops to leave the country.

Speaking on Air Force One, Trump said that if Iraq asked US forces to leave and it was not done on a friendly basis, “we will charge them sanctions like they’ve never seen before ever. It’ll make Iranian sanctions look somewhat tame.”

He also said Iraq would have to pay for the cost of the airbase.

“We have a very extraordinarily expensive air base that’s there,” he said.

“It cost billions of dollars to build, long before my time. We’re not leaving unless they pay us back for it.”

Nader Hashemi, the Director of the Center for Middle East Studies at the University of Denver told Al Jazeera Trump’s comments were cause for concern.

“This is someone who is completely surrounded by war hawks, is driven by his ego and is in a re-election campaign,” Hashemi said. “I think he’s calculating that this type of tough rhetoric plays well with his domestic base.”

France, Britain and Germany called on Iran to refrain from any violent action and respect arrangements laid out in the The Joint Comprehensive Plan of Action 2015 nuclear deal with world powers.

The three countries also highlighted the importance of de-escalating tensions in Iraq and Iran, and reaffirmed their determination to fight Islamic State of Iraq and the Levant (ISIL or ISIS).

“We reaffirm our commitment to continuing the fight against Islamic State, which remains a priority. It is essential that we keep the coalition, in this regard. We call on the Iraqi authorities to continue to supply the necessary support to the coalition,” the three said.

“We are ready to continue talks with all parties in order to contribute to de-escalating tensions and re-establishing stability in the region.”

The office of French president Emmanuel Macron said he was expected to hold talks with Iran’s president Hassan Rouhani in the coming days.