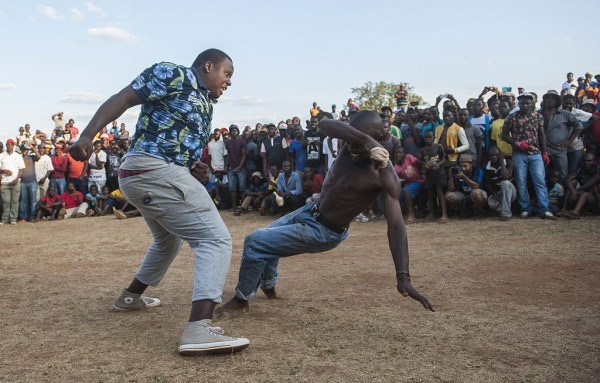 According to an employee at Hope Valley Mine, who requested not to be named in fear of reprisals, Yonnie Ngoni Mawonawangu (33) had a misunderstanding with an unknown man over a woman.

The unnamed man was accusing Yonnie of being in a se_xual relationship with his curvy girlfriend.

“The stranger said he had illicit love messages in his phone,” said the source.

At the height of the argument, the source said, the man violently grabbed Yonnie and axed him on the shoulder before pouring five litres of petrol all over his body before trying to set Yonnie on fire.

“Fortunately he (Yonnie) managed to free himself from the tight grip of the muscular man who was looking for matches to set him on fire and ran for his dear life. But sadly he fell into a 20-metre deep mineshaft. He got injured on the head and suffered bruised hands,” said the employee.

The employee said it took the swift intervention of other miners to save him from the jaws of death.

“Armed with a small axe the unknown man was fuming while swinging his axe in the air, declaring that he wants to kill him because he claimed the woman who caused them to fight was his girlfriend and he had paid bride price (lobola) to marry her. When we tried to grab the man he ran away into the bush and never returned,” he said.

The employee said they helped Yonnie to get out of the mine.

Yonnie made a police report at Hillside.

Contacted for a comment Bulawayo acting Police Spokesperson Assistant Inspector Nomalanga Msebele confirmed the incident: “I can confirm that a man aged (33) was axed and poured with petrol all over the body by an unknown man. He fell into a 20-metre mineshaft while he was running away and suffered head injuries and bruises on the arms. We are appealing to members of the public who might know the whereabouts of the suspect to contact any nearest police station.”