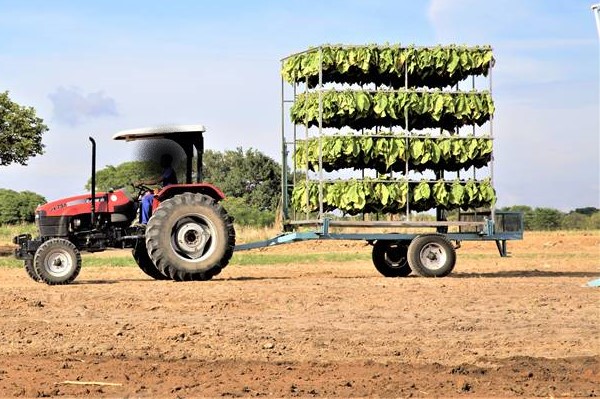 A 16-year-old girl was fatally crushed by tractor trolleys while she was picking tobacco at Willmode Farm in Mvurwi, raising calls to stop children from working on farms.

The tragedy happened on December 29 last year when Faith Maurukira, who was employed as a general worker, fell from the tractor before being run over.

A witness, who is also the farm manager Mr Zvinashe Guyo, confirmed the death.

“The girl went to the field in the morning with others as usual and her task was to follow behind the tractor trolleys and pick those leaves that would have fallen from the moving tractor en-route to the barns,” he said.

“At that time, I was in the next field from which the girl was coming. On her way, the girl boarded one of the trolleys, but after moving for a few metres, she called on the driver to slow down so that she could pick the tobacco leaves that had fallen.

“The driver could not hear her and she then jumped from the trolleys and was hit by an axle at the back.”

Faith died on the spot.

Efforts to get a comment from Mashonaland Central Provincial police spokesperson Inspector Milton Mundembe were fruitless.

Faith’s aunt, Happiness Gavhiyo, said when they arrived at the scene, the girl was bleeding profusely.

“We received a message that Faith had fallen from a tractor and upon arrival, she was already dead with both her hands broken and bleeding from the mouth, nose and ears,” she said.

The Labour Act prohibits employers from hiring a person under 18 years to perform dangerous tasks.

The Children’s Act makes it an offence to exploit children.

“It is unfortunate that we are still experiencing cases of child labour in the country and this is still rampant in the farming communities where the law is still primitive and there is lack of awareness from both the employer and the employee,” said Cde Mugweni.

“Recently, we lost a young girl who fell from tractor trolleys while working on a tobacco field. Such cases must be avoided and where negligence is suspected, suspects must be brought to book and see to it that we have put an end to that.”

The Constitution states that appropriate legislative and other measures should be taken to protect children from exploitative labour practices.

“We call upon relevant stakeholders and Government to take part in protection of our labour laws,” he said.

“The policies are also not very clear on the prohibition and protection of children under the employment age, especially on hazardous jobs which results on work related accidents and death of the children.”