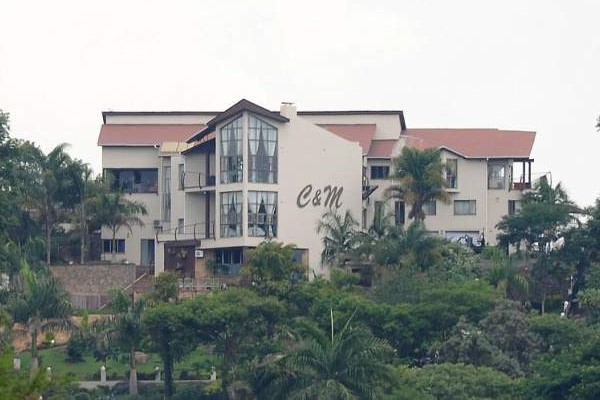 The dispute over custody of children and access to a matrimonial home pitting Marry Mubaiwa and her ex-husband Acting President Constantino Chiwenga was yesterday deferred to next week to allow the parties to negotiate a settlement.

Justice Christopher Dube-Banda deferred to Tuesday the matter in which Mubaiwa is seeking an order compelling Acting President Chiwenga to allow her access to their three children and matrimonial home in Harare’s Borrowdale suburb.

“The matter has been deferred to Tuesday 21 January for possible argument or confirmation of settlement,” he said.

“We exchanged positions as legal practitioners acting for both sides in the matter. The tentative position is that this matter should be settled and not argued.”

Mr Nyamakura added that it would be in the best interest of the children that the parties find each other and the law is followed.

“But it is a tentative position, if we cannot reach a settlement by Monday then it means that we proceed with oral arguments on Tuesday as directed by the judge,” he said.

When approached for comment, Adv Uriri simply said: “The matter will be argued on Tuesday. We are not talking to the Press.”

In her application, Mubaiwa claims that after she was granted bail, she was barred from accessing the matrimonial home at No. 614 Nick Price Drive, Borrowdale Brooke, and children by soldiers from the Presidential Guard.

She claims soldiers, led by a Lieutenant-Colonel Mangezi, advised her they had strict instructions from Acting President Chiwenga not to let anyone in and out of the premises without his express permission.

To this end, Mubaiwa contends that the Acting President’s conduct was in breach of a court order granting her bail, part of whose conditions was that she stays at the matrimonial home until her case is concluded by the courts.

The ex-model also accused Acting President Chiwenga of abusing his position to persecute her despite the fact that the courts were yet to conclude their divorce and the attempted murder charges.

Mubaiwa also claimed that soldiers, acting on the instructions of the Acting President, blocked her from accessing her business premises at Orchid Gardens in Domboshava.

She says that her children aged 8, 7 and 5 were all minors and needed the love and care of their mother.

Opposing Mubaiwa’s application to return to No. 614 Nick Price Drive, Borrowdale Brooke, the Acting President’s lawyers, Manase & Manase Legal Practitioners, argued that the prosecution was not aware that she misrepresented to the court that she had a single passport, yet she has three.

It is being argued on behalf of Acting President Chiwenga that Mubaiwa, being an accused person, could not share the house with the complainant in fear of interference.

The Acting President says it came to the court’s attention that Mubaiwa had two valid diplomatic passports and one ordinary passport when the High Court recently freed her on bail.

He accuses his estranged wife of performing rituals at his Borrowdale Brooke home and bringing in “witchdoctors”.

He denied allegations that he abducted their three children, saying he was taking care of the children as a natural parent.

He says when Mubaiwa was arrested, the children were left unattended. He argues that it became incumbent on him to take custody of the children.

It was further argued that there was medical evidence suggesting Mubaiwa was unfit to take custody of the children.

“The doctor concluded that she (Marry) should be under the care of a physician, a surgeon and a psychiatrist.

“It is indicated that she has flashbacks, suffers from lack of sleep and has difficulties in breathing, symptoms of illicit drug abuse.”