Vice President, Rtd General Constantino Chiwenga’s perceived ambition to takeover as Zimbabwe leader, from President Emmerson Mnangagwa, has received a major boost amid reports that Chiwenga has earned the closet support and backing of some high ranking generals in the Chinese People’s Liberation Army (PLA), Spotlight Zimbabwe, can exclusively report.

The disclosures come at a time when Chiwenga is said to be enjoying good relations with Chinese leader, Xi Jinping, who is thought to have met the vice president in a closed door meeting recently when he returned to Beijing for a medical review.

Beijing has also showered praise on the VP through their Foreign Affairs minister and State Councillor, Wang Yi , who visited Harare last week “for contributing towards the further deepening of relations between Harare and Beijing”.

According to defence sources, Chiwenga’s security and communications are now believed to be managed by Chinese intelligence operatives inside the country, working with his inner circle home security team, that was with him throughout his medical troubles in Beijing, for about four months last year, when he was receiving intensive medical treatment at a military hospital for suspected poisoning.

“VP Chiwenga is a heartbeat away from becoming the next president, and I can confirm to you that it’s very likely going to be sooner than we all think,” said a retired general who served during former President Robert Mugabe’s era.

“He (Chiwenga) has always been China’s blue-eyed boy, and I gather that a considerable number of top generals in the PLA have endorsed him to be Zimbabwe President before 2023, and their presidency is said to be in full support of the plan.”

The retired general, who now concentrates on tobacco farming, said General Li Zuocheng, who is the inaugural commander of the PLA Ground Force and current chief of the Joint Staff Department of the Central Military Commission, was the reported brains behind that country’s military backing for Chiwenga to take office from Mnangagwa.

“General Li Zuocheng, who is a good friend of the VP, is thought to be the strategist behind it all. Remember they had a very secretive and classified meeting together in November 2017, before President Mugabe was overthrown during that ‘military intervention’. Actually they’re reports in military circles that, Chinese generals had been in favour of Chiwenga replacing Mugabe ahead of Mnangagwa, but on a short-term transition basis then, before a civilian leader was voted into power. Chiwenga held back, but he could have been president as early as December 2017 and Mugabe himself had wanted him to succeed him, when he learnt of Operation Restore Legacy and that Chiwenga and current Zimbabwe Defence Forces boss General Sibanda were the masterminds.”

General Zuocheng also played an important role in facilitating the VP’s medical treatment team of doctors, at the General Hospital of the People’s Liberation Army (PLAGH) in Beijing, when he was terribly sick last year.

Defence sources added that, China and her military are backing Chiwenga in return for the country’s chromium and platinum reserves, and that under a Chiwenga government, Beijing was going to sign more deals with Harare under it’s “Belt and Road Initiative”.

The initiative is a global development strategy adopted by the Chinese government in 2013 involving infrastructure development and investments in 152 countries and international organizations in Asia, Europe, Africa, the Middle East, and the Americas.

“The mineral wealth of this country is being controlled and run by the Zimbabwe military,” the sources said. “Chiwenga is thought to be a big player and together with the likes of foreign minister SB Moyo, oversee some army-owned companies involved in mining, that’s not a secret it’s in the public domain and even one United Nations (UN) Security Council report mentions a Zimbabwe army related firm that was involved in mining diamonds, cobalt, copper, and germanium in the DRC. China is hungry for chromium to satisfy it’s economy’s appetite for stainless steel, and Zimbabwe is a very good source for them, since Beijing is the world’s leading consumer of stainless steel. Our country has the world’s second largest chromium reserves after South Africa.”

China does not have its own chromium reserves and relies on imports.

Local business reports last week suggested that, there was a row over platinum between the Zimbabwe army and a Chinese firm, it partnered in 2004 called Wanbao Rexco, and that the two parties were awaiting an intervention from Chiwenga’s office, as he had consummated the deal when he was still in charge of the Zimbabwe Defence Forces.

Chiwenga’s economic advisors and government faction functionaries, are also being credited with coming up with the recent currency swap deal between Zimbabwe and China, to boost trade.

Spotlight Zimbabwe, was the first to report in April 2019, that China is reportedly planning to station an elite special force from it’s red army in Zimbabwe, as Beijing moves to crystalize military cooperation with Harare, amid growing fears that the Asian powerhouse has formally approved plans to commence construction of an underground military base in the country, thus explaining a preferred Chiwenga presidency, to potentially see the realisation of the projects. 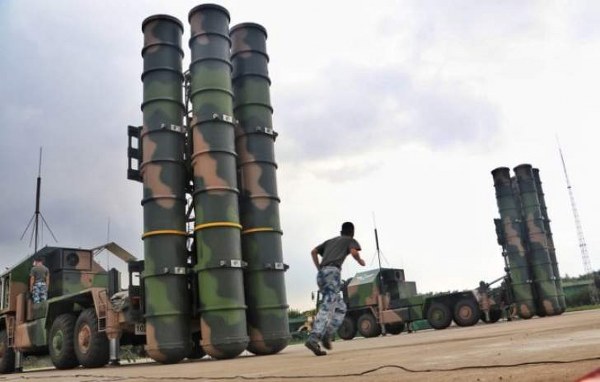 China is also suspected to have secretly deployed and installed a dreaded new generation of surface-to- air missiles (SAM) in the country, to protect her vast economic interests especially in mining. Experts say the SAM technology is similar to the one, which Beijing deployed to the South China Sea on Woody Island, comprising of her latest HQ-9 missiles.

News of Chinese military support for Chiwenga, is also taking place on the backcloth of China increasing defence ties with South Africa and many other countries on the continent.

According to China Military (Chinamil), the only official English Language news website of the PLA, China has just concluded a 25-day-long China-Tanzania joint military training, code-named “Sincere Partners 2019”, concluded at a comprehensive training center in Dar city of Tanzania on the afternoon of January 16, 2020.

In Mali, the Chinese 7th peacekeeping engineering contingent to Mali conducted its first defense drill in 2020 at the barrack of the Chinese engineers on the afternoon of January 10, local time.

In South Sudan, the 6th Chinese peacekeeping infantry battalion to South Sudan finished its first short-distance patrol and escort mission in 2020 and safely returned to their barracks on January 8, local time. The mission was jointly assigned by the UN Mission in South Sudan (UNMISS) and the Juba Theater.

Defence minister, Oppah Muchinguri-Kashiri’s mobile phone was unreachable last night when we sought an official comment from her, while information minister, Monica Mutsvangwa, was said to be out of her office the whole afternoon yesterday. Efforts to reach her cellphone were also fruitless before the paper went to bed.