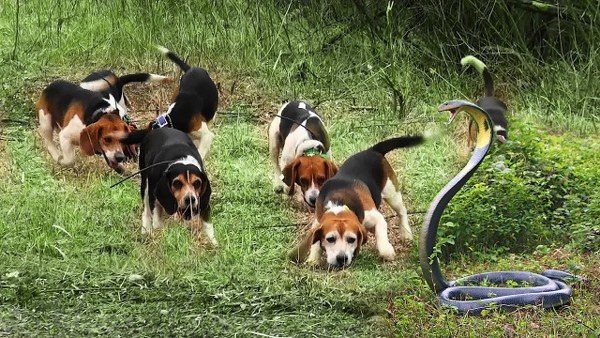 Roman Catholic priest in-charge of St Bhakita Mission who is friendly to pets had a nightmare a few days before Christmas when a black mamba struck and killed a pack of his six dogs.

As if this was not enough misery, five dogs that Father Cephas Manyanye bought three weeks later all died after digging out and eating the carcasses of the killed dogs.

There are more dogs from the village which also died after being exposed to the dead dogs’ meat.

Narrating the story, Father Manyanye said that the 2,2 metre long reptile sleuthed through the mission yard attracting the attention of the six dogs kept.

Snakes are not uncommon at Bhakita, Masvingo Diocese’s newest mission pitched at the bottom of two bushy rocky hills. The snakes and dogs at the mission kept an unfriendly relationship but never went into direct fights.

“On this day I arrived at the gate to the mission house as dogs barked from a distance at the snake which was moving across the yard. However, the dogs got excited when they saw me and they started taking bites at the snake’s tail.

“The black mamba which had paid little attention to the barking dogs so far, got furious and struck one dog after another, killing all the six within seconds. Some died on the spot while others died a few metres away in the bush,” said Father Manyanya.

Father Manyanye said snakes are not usually hostile but after such confrontations they become aggressive.

“We see snakes at the mission almost every week and we stay in harmony with them. However after such a nasty confrontation, a snake, like many other wild animals tend to become aggressive and dangerous, I therefore had to kill it.

“I took an iron bar and placed it across its tail. A snake’s power is in the tail and it becomes weak once the tail is immobilised. I then took a stick and struck its head until it died,” said Father Manyanye.

Father Manyanye said he was close to his dogs.

“The dogs were my friends so I was pained when I lost them. They protected the mission and I had just taken them to a vet clinic when this happened,” said Rev Manyanye.

News Nelson Bhebhe - 18 June 2021 0
One person died on the spot when a haulage truck developed a break failure at Valley Lodge near the Forbes Border Post and rammed...
Loading...