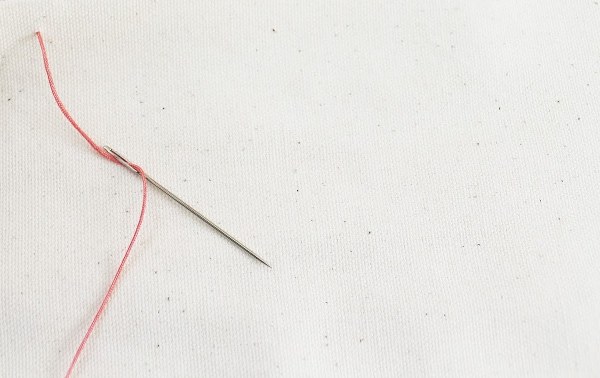 A Bulawayo woman shared probably what might rank as the most ridiculous reason her live-in partner ended their relationship.

Moreblessing Chonge from Old Magwegwe claimed her live-in boyfriend Julius Masunungure broke up with her after he spotted a needle on the doorstep which he suspected was muthi (charm) she wanted to use on him.

Chonge said Masunungure barked accusations of witchcraft against her after he found a needle dumped at the doorstep of his house in Makokoba suburb where they were staying together.

She revealed this at the Bulawayo Civil Court where Masunungure was seeking a protection order against her claiming she was harassing him and constantly pestering him.

“I am applying for a protection order against Moreblessing Chonge who is my ex-girlfriend. She is violent and she constantly insults me with vulgar language in front of neighbours. She is coming to my house without my permission demanding money,” complained Masunungure before passionately asking the presiding magistrate Adelaide Mbeure to stop her from doing so.

Chonge refuted her ex-lover’s claims saying his application for a protection order was just a plot to stop her from visiting his place after he reneged on a promise to marry her.

“He is my husband. We started staying together from September 2018 to December 2019. Although he didn’t pay lobola for me the time we stayed together qualifies me to be his wife. This was also after he promised to marry me before we moved in together. When he chucked me out of his house, he said his son was the one who didn’t want me to stay there. I never insulted him as he has claimed,” responded Chonge.

She added: “Our problems started after he spotted a needle at the doorstep and he suspected that it was muthi I wanted to use on him. Surprisingly on 31 December he invited me to his house to spend the night with him and I agreed. The following day as a token of appreciation he gave me R50 saying I should go and buy food.”

Chonge further said on the day in question, when she got to his house, Masunungure sneaked her in through the back door so that his son would not see her.

In her ruling the magistrate granted the protection order in favour of Masunungure. She ordered Chonge not to verbally and physically harass her ex-lover or threaten him in any way.

News Muza Mpofu - 20 June 2021 0
TWO Khami Maximum Prison inmates are in trouble after taking turns to sodomise another inmate in their cells on different occasions. Culture Sibanda (29) and...

Evil sugar mama and her Ben 10 boyfriend arrested after killing daughter (4) from...

News Sekai Moyo - 20 June 2021 0
A CHIPINGE woman has been arrested by the police after she connived with her boyfriend to kill her daughter (4) to save their relationship,...

News Nelson Bhebhe - 20 June 2021 0
Msasa Park was left awestruck yesterday when a mother, her two-year-old daughter and their domestic helper, died in an inferno in the early house...

SHOCKING: Drugs which expired in 1995 found in Zimbabwean hospitals

News Muza Mpofu - 20 June 2021 0
TWO provincial hospitals kept unclassified and dangerous drugs, some with expiry dates of as far back as 1995, the Auditor-General’s Office has revealed. The expired...
Loading...