The Government has agreed a revised salary structure with civil servants, ranging from 139,23 percent to 145,67 percent, which will take effect from the February payroll but back-dated to January 1, 2020.

“The above awards will be effected from February 2020 and include the January 2020 difference divided into four (4) equal instalments,” Zimta said in a statement, signed by the secretary-general, Mr Tapson Sibanda.

Below is the table of the agreed salary structure: 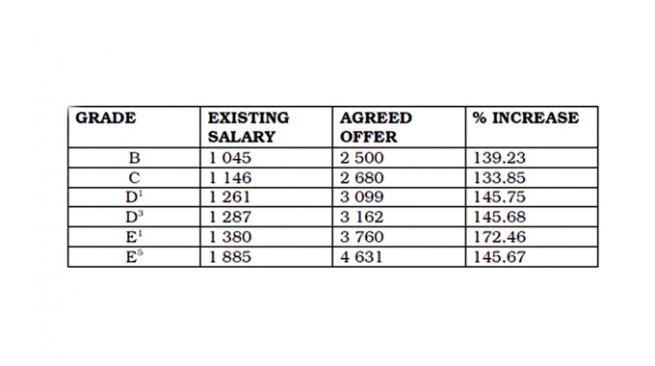