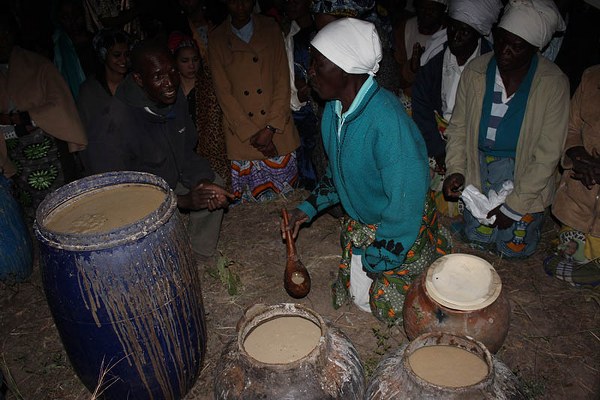 Chief Mugabe born Matubede Mudavanhu has banned the selling of traditional beer in his area after 6pm to avoid violence and skirmishes that are frequent in the villages.

The final straw to this decision was a poisoning incident that occurred at a beer drink in his area.

He has also put in place a law to control the price of beer and forces anyone who brews traditional beer to give free booze to the village head. The free beer for the village head is called musumo in Shona.

“This law has always been there; no one is supposed to sell traditional beer after 6pm. A lot happens at ndari and criminals including those from outside the area hide at these binges before they strike at night.

“I will therefore with immediate effect be enforcing the law that bans the selling of beer after 6pm”, said Mugabe.

Mugabe said that many cases of adul_tery reported in the area involve men who get courage to get into neighbours’ homes after drinking beer.

He also said late night ndari are noisy and they disturb children studying at home.