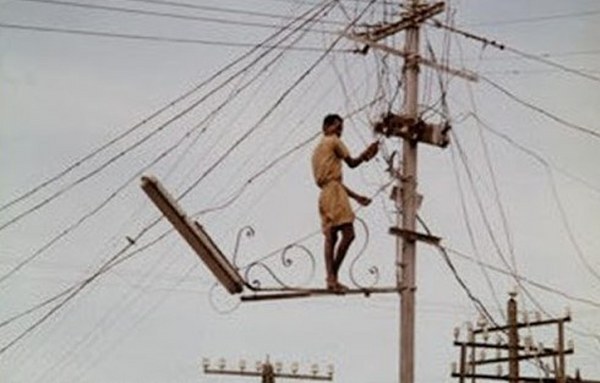 A TEENAGER from Bulawayo has appeared in court after he was allegedly caught red handed charging two stolen laptops at a Zesa pole where he had connected an adapter after cutting electricity cables using an unknown object.

Lucky Ncube (19), whose residential address could not be established, also faces charges involving unlawful entry into premises, theft, possession of firearms, among other offences.

These offences were all committed last month.

He appeared before Western Commonage Magistrate Ms Gladmore Mushove facing charges of tampering with Zesa connections, unlawful entry into premises, theft, possession of a firearm without a licence and unlawful possession or wearing of camouflage.

Ncube, who appeared in court putting on a camouflage shirt and trousers, was remanded in custody to Thursday.

He allegedly then connected an adapter where he charged two laptops which he had stolen from Luveve High School.

“On January 20 at around 10PM, the accused person went to Luveve sewerage compound where he broke into a house and stole a cellphone belonging to Mr Oswald Ndlovu which he had left charging in the sitting room,” said Mr Madzore.

“On the same day at around 11PM the accused person proceeded to Luveve High School teachers’ quarters in the absence of Mr William Nsingo who is a teacher at the school. He stole a Lenovo laptop, an Acer laptop, a Dell laptop, an HP laptop, an E-machine laptop, a digital camera, six laptop chargers, US$10, R800, $30, a myntra cellphone, bank cards, a driver’s licence, a 10kg bag of mealie-meal and went away.”

On January 19 this year, Ncube allegedly proceeded to Mr Methembe Tshabangu’s house in Luveve Bulawayo City Council (BCC) compound where he forcibly opened the window and stole a Samsung cellphone worth $800 and went away without being noticed.

“On January 3 this year at around 10PM, Ms Nothando Sibanda was sleeping at her home in New Luveve suburb when the accused person entered her house. He ate her sadza before he stole 1x2kg salt, 1x5kg gas cylinder, Karinga soup and went away without being noticed. The complainant discovered the offence the following morning and reported the matter to the police,” Mr Madzore said.

On January 1 at around 10PM, Mr Luke Ndlovu (45) of Luveve suburb was outside his house where he wanted to wash his cup after drinking tea.

Mr Ndlovu allegedly met Ncube who was wearing a mask and armed with an unidentified firearm.