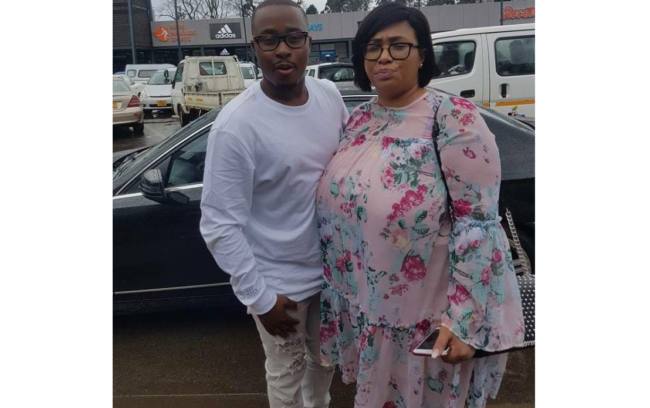 The 34-year-old mother of three has filed summons against Nkomo telling the High Court that she was too blinded to notice that he only married her in a bid to get British citizenship.

Titan walked out on Olinda a few months after their wedding after the couple was blessed with a baby girl.

This was after Nkomo’s wooing escapades with another woman, alleged to be Olinda’s friend, emerged.

Olinda complained that she was used as a conduit and as such, the marriage should be cancelled.

“At the time that the marriage was entered into, defendant (Nkomo) intended it to be a marriage of convenience and a conduit for the sole purpose of the acquisition of immigration papers entitling defendant to remain and reside permanently in the United Kingdom of Great Britain and Northern Ireland and by virtue of plaintiff (Olinda’s) permanent immigration status in that country,” read part of the summons.

“The plaintiff seeks an annulment of the marriage between the parties which is a nullity more particularly in that at the time that the parties entered into the marriage and exchanged vows, no valid marital union was created as plaintiff was not aware that defendant was entering into the marriage exclusively for the purpose of his acquisition of immigration papers entitling defendant to remain in the United Kingdom of Great Britain and by virtue of plaintiff’s permanent immigration status,” Olinda’s lawyers AB & David further submitted.

Olinda and Nkomo got married in Harare on June 29 2018 and the marriage still subsists.

Their union has been criticised as fake by some Zimbabweans after the two jumped into marriage soon after Olinda had come out of a messy marriage and split with musician Desmond Stunner Chideme.

In her summons, Olinda supported the claim saying, “there were no valid marital union as there was no meeting of the minds at the time the parties entered into the marriage.”

She said she believed Nkomo really loved her.

The United Kingdom-based socialite said it will be equitable if she be granted custody of the couple’s minor child while Nkomo gets reasonable access.

She also wants Nkomo to pay maintenance for their little girl until she reaches the age of majority.

“It is just equitable that each party keeps the property that is in his or her exclusive possession,” she asked the court.

The case is yet to be set down for hearing.