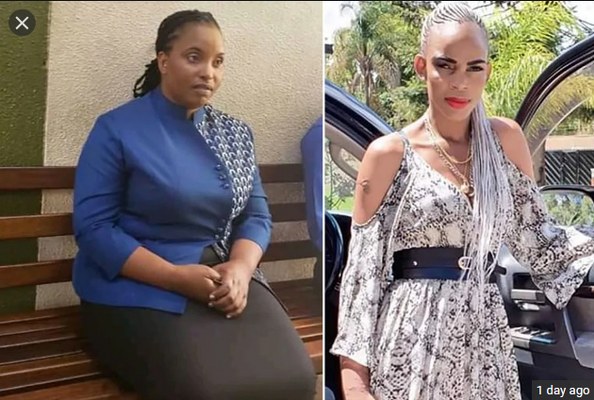 Vice President Constantino Chiwenga influenced his child minder to fabricate assault charges against his estranged wife so that she is returned to prison, his wife’s lawyers say.

Marry Mubaiwa, who was denied bail by a magistrate last Saturday, has gone to the High Court seeking her freedom.

Through her lawyers, Nyambirai and Mtetwa, Mubaiwa denies prosecution claims that she slapped Delight Munyoro with the back of her hand following a row at Hellenic School in Borrowdale on January 28.

Instead, the lawyers say the charge has been fabricated by Chiwenga who is allegedly using the legal system to frustrate his wife and gain an upper hand in their ongoing divorce battle.

The lawyers say last month, after Mubaiwa was freed on bail following her arrest in December on charges of money laundering, fraud and the attempted murder of her husband, Chiwenga had tried to get her bail revoked by claiming that she was hiding a second passport – which passport was later found to be in Chiwenga’s custody.

“The likelihood of him (Chiwenga) having engineered the assault charge in order to achieve what he failed to by lying about the passport was a factor the magistrate ought to have taken into account,” the lawyers said, adding that Munyoro was Chiwenga’s servant and as such was likely to obey his instructions.

The lawyers admit that there was an exchange of words between Munyoro and Mubaiwa. The latter was furious after her two older children, whom she had before marrying Chiwenga in 2011, told her that Munyoro had instructed the couple’s younger children aged eight, seven and five to shun their siblings.

Mubaiwa’s children born out of wedlock attend Hellenic School, along with two of her children with Chiwenga. Until December, when Mubaiwa was arrested, all the children lived at the couple’s Borrowdale mansion.

“At the end of the day on January 27, 2020, the appellant (Mubaiwa) received reports from her older children that the younger children had shunned them. When she asked about their behaviour, they advised that Delight Munyoro, the woman who looks after them, had strongly warned them not to speak to their older siblings,” the lawyers said.

“On January 28, 2020, when she went to collect the older children from school, she saw the complainant (Munyoro) sitting in a vehicle with the usual security details from the army and Central Intelligence Organisation.

“She asked the complainant why she had instructed the younger children not to speak to their siblings and the complainant responded that applicant should be thankful and grateful that she was caring for the children as their father obviously cannot look after them. There was no physical contact as complainant had armed personnel and was also sitting in the car.”

The lawyers say it was practically impossible for Mubaiwa to have backslapped Munyoro on her left cheek, because of where she was sitting in the vehicle. In any event, Mubaiwa’s lawyers say the back of her hands are swollen and painful.

Magistrate Bianca Makwande, who denied Mubaiwa bail, “failed to consider and take into account the many weaknesses in the state allegations and instead treated the allegations as if they were proven fact.”

The lawyers added: “She further erred and misdirected herself when she failed to consider and take into account the visible festering wounds and visibly swollen hand displayed to her making it unlikely that such a swollen hand and arm would have been used to assault the complainant.

“She further erred and misdirected herself when she failed to consider and take into account the physical difficulties of a backslap on the left cheek using the left hand on a person who was sitting in a motor vehicle whose right cheek would have been nearer to the appellant.”

Mubaiwa said any use of such visibly damaged hand and arm would have resulted in more pain for her especially taking into account that Munyoro is “a stout and well-rounded woman.”

The magistrate “also misdirected herself in her failure to consider and take into account that the charges are mere allegations engineered by a disenchanted spouse and that the presumption of innocence still operates. She also erred in equating allegations of common assault to attempted murder.”

Mubaiwa is asking the High Court to release her on her current bail conditions on the separate charges.