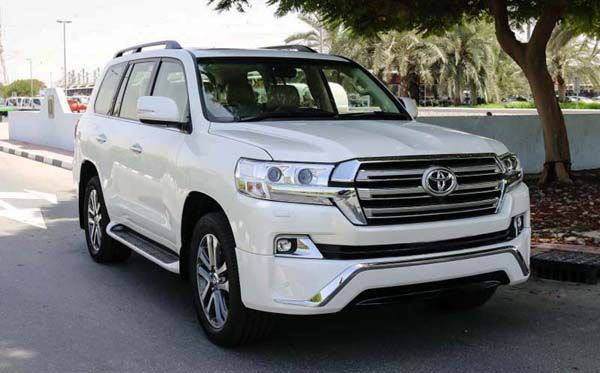 Ex Zanu PF Youh League deputy leader Lewis Matutu who was demoted to a card-carrying Zanu PF member after he raised the red flag over corruption was on Wednesday asked to leave behind keys for the official party vehicle he has been using, a luxurious all-terrain Toyota Land Cruiser VX model. The Zimbabwe Independent reports that Matutu tried in vain to defend himself as bigwigs wanted him expelled from the party.

“Matutu began his defense by stating that since they had only expressed their own personal views and had not targeted any of their superiors in the party, they had not committed any offense. He then said he believed he was doing the right thing to speak against corruption since the party had a known stance against graft. He said he had expressed his personal opinion and was not asked to do so by anyone.

“This was however strongly rebutted by Chinamasa, who spoke figuratively saying that the only time when someone stands on his own was when he is sleeping in his bedroom and not in a public place.” Insiders said the Politburo meeting provided the clearest evidence yet of the post-coup fault lines as President Mnangagwa and his deputies pushed for the expulsion of Matutu and Tsenengamu.

But some top officials like Zanu PF chairperson Oppah Muchinguri-Kashiri, secretary for information communication technology Chris Mutsvangwa, secretary for women’s affairs Mabel Chinomona, secretary for security Lovemore Matuke and committee member Tsitsi Muzenda openly opposed Mnangagwa’s suggestion to expel the youth league leaders from the party, arguing it would signal that Zanu PF was not committed to the anti-corruption fight.

Mnangagwa and his backers were adamant that the youths be dismissed. But other party leaders, most notably Mutsvangwa, argued that the youths had raised valid points which should not be swept under the carpet. Zanu PF heavyweights, including Mnangagwa, Chiwenga, Vice-President Kembo Mohadi, secretary for administration Obert Mpofu, secretary for finance Patrick Chinamasa and committee member Perrance Shiri suggested that the youths should be expelled from the party.

They were later suspended for one year and ordered to attend the Chitepo Ideological College.