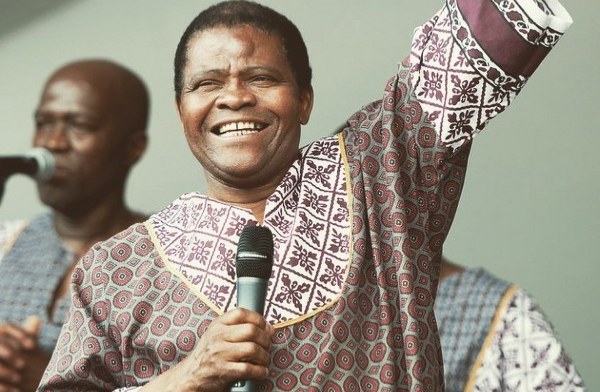 The founder of Ladysmith Black Mambazo, Joseph Shabalala, died on Tuesday at a hospital in Pretoria.

The cause of his death has not been officially confirmed; however, Channel24 has learnt that he suffered complications from back surgery, in 2012 that left him in a wheelchair.

As South Africa remembers the veteran musician and his long legacy, which many remember as one of the few glimmers of sonic hope during apartheid, arrangements for his funeral and memorial services are being put in place.

Xolani also said that the venue and time are still being finalised as well as Joburg and Cape Town memorial service details.

They also reached number 15 in the UK charts with a cover of Swing Low Sweet Chariot, for the 1995 Rugby World Cup.

He also belted a number of chart-toping hits that won accolades, with others getting nominated for a number of competitions.

Meanwhile, joining people all over the globe remembering Joseph’s life and legacy, is his long-time collaborator Paul Simon. The pair worked together on the iconic hit, Homeless and various other performances – on famous stages- throughout the years.

Paul added: “Imagine! What a great accomplishment for a boy from Apartheid South Africa. I admired him for his music and his Godly spirit. People love Mambazo. I love Joseph. We had a great time.”

More details would be given as they emerge…

News Sekai Moyo - 11 June 2021 0
A-47-YEAR-old businessman Bernard Dube was last weekend shot dead by unknown assailants in front of his family at St Faith in Lower Gweru. According to...
Loading...