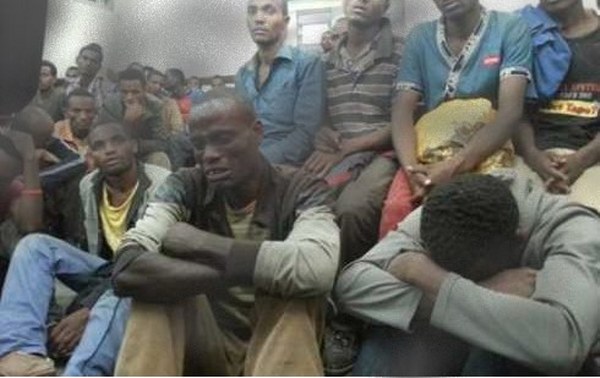 A Bulawayo magistrate has ordered that 20 Ugandan nationals and a minor who were arrested on Saturday along the Bulawayo-Victoria Falls highway after illegally entering the country should be deported.

The group included a pregnant woman and a mother with a baby.

The 20 appeared before Bulawayo provincial magistrate Tinashe Tashaya facing a charge of contravening the immigration Act. they were sentenced to three months imprisonment each, which was wholly suspended on condition that they do not commit a similar offence in the next five years.

Mr Tashaya ordered that the illegal immigrants be handed over to the International Organisation for Migration (IOM) so that they could be deported back to their country.

In his ruling he said he took into consideration the plight of Africans and their quest to seek better living conditions. He said a non-custodial sentence would help them to sort out their lives.

Mr Tashaya said he also considered that they were first offenders. He urged the public to be wary of con persons masquerading as immigration officials at the country’s borders. “This court takes cognisance of people in transit particularly here in Africa.

As the court, we endeavour to protect all persons in transit. The accused persons are therefore sentenced to three months imprisonment wholly suspended on the condition that they do not commit a similar offence in the next five years,” said Mr Tashaya.

The immigrants had pleaded for a non-custodial sentence through their lawyers, Mr Nqobani Sithole and Jabulani Mhlanga of Zimbabwe Lawyers for Human Rights. The lawyers said the Ugandans had adhered to all immigration laws between Uganda and Zambia and erred after falling prey to a fraudster who promised to assist them to travel to South Africa without the required papers.

For the state, Mr Denmark Chihombe said police in Bulawayo on Saturday received information that there were Ugandan nationals who had boarded a kombi that plies the Bulawayo Victoria Falls highway without valid travelling documents.

“Acting on the tip off police officers proceeded to the Nyamandlovu tollgate where they intercepted the illegal immigrants,” said Mr Chihombe.