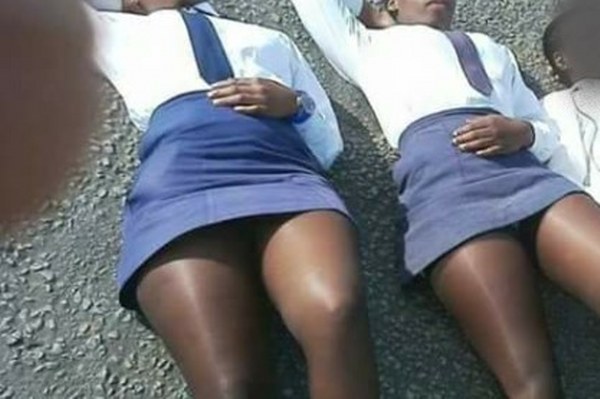 MZANSI was once again shocked Thursday after a video of pupils engaging in a se_x act surfaced.

The video which has since gone viral shows pupils at West Ridge High School in Roodepoort, Joburg, having oral se_x.

The boy and girl are both in school uniform.

The girl sits on stairs while he stands over her.

People across Mzansi, especially parents, were furious, with many saying kids weren’t being disciplined properly.

Parent Zoleka Masoka (38) told Daily Sun: “This started the day our government decided kids shouldn’t be punished. Back in the day, kids wouldn’t dare do this.”

She said corporal punishment needed to be brought back.

“They won’t stop. They know no one will touch them,” said Zoleka.

Twitter users criticised adults who shared the video, saying it was child p0rn.

The education department said the pupils, both in matric, were suspended. Investigations revealed the incident took place at the nearby Westgate Shopping Mall.

The department said a disciplinary hearing would be held by the SGB on Monday.

Gauteng Education MEC Panyaza Lesufi said a psychosocial team was sent to the school to provide support to everyone affected by the incident.