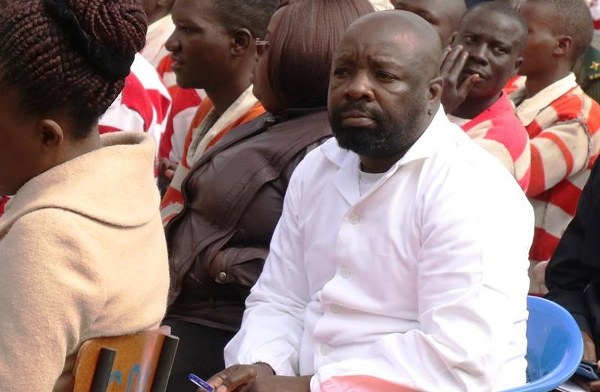 The three said this in their defence on charges of concealing transactions from a prison chicken project, partially set up by Kereke.

The three, former Chikurubi Maximum Prison officer-in-charge Nobert Chomurenga and his then top juniors, Cephas Chiparausha and Tonderai Mutiwaringa, are on trial at Harare Magistrates Court for receiving more than $10 500 from the chicken project without telling their superior.

Chomurenga was the officer-in-charge at Chikurubi Maximum Prison being deputised by Mutiwaringa, while Chiparausha was the head of security at the time of the alleged offences.

After Kereke was convicted and sentenced to 10 years in July 2016, he was committed to Chikurubi Maximum Prison where he then met the three top prison officers.

On September 25, 2017, it is alleged Chomurenga and Chiparausha, who were acting in connivance with Mutiwaringa, in their personal capacities, entered into a Memorandum of Understanding with Humanity Earth Trust, which has links with Kereke.

It is alleged that from September 25, 2017 to August 2018, Humanity Earth Trust provided a total of 3 000 birds, feed, medicines and other sanitary requirements for the chicken-rearing project.

Further allegations are that the trio, as part of the agreement, provided space and labour in the form of prisoners, but for their personal benefit.

When the chickens were being sold, the customers paid money into Chiparausha’s EcoCash account and he received a total of $8 282. In December 2017, Mutiwaringa, who took over as officer-in-charge after the promotion and transfer of Chomurenga, received $2 252 from Chiparausha through his EcoCash account being proceeds of the project.

In their defence, Chomurenga, Chiparausha and Mutiwaringa told the court that all their actions were with the ZPCS Commissioner General Paradzai Zimondi’s blessings and they were only arrested after his fall-out with Kereke.

“The Commissioner General was fully briefed and was aware of the poultry project between Chikurubi Maximum Prison and Humanity Earth Trust. He was personally aware of the project as he visited and inspected the project when he toured Chikurubi Maximum Prison on several occasions when accused 1 (Chomurenga) was officer-in-charge and officer commanding Harare Metropolitan Province.

“The poultry project was a brain child of the Commissioner General and Humanity Earth Africa Trust and through Munyaradzi Kereke as Kereke assisted Zimbabwe Prisons Service Commission with various projects,” they said in their defence.

At the time of the alleged offences, they say, Comm Gen Zimondi had in fact directed them to use Kereke’s expertise in finance and economic planning along with social welfare support.

Eventually complaints and allegations over this favourable treatment led to an inquiry that in turn led to the arrest of the three and the charges they now face, they say.

The ZPCS have denied that Kereke received special treatment and was never a candidate for a transfer to an open prison.