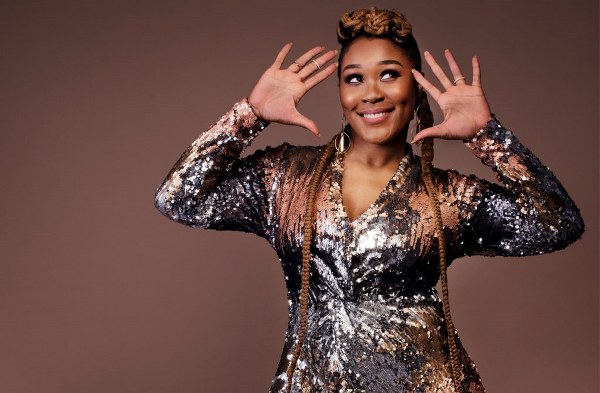 Twitter was abuzz on Sunday morning over Lady Zamar’s vagi_na after Sunday World revealed that the musician has opened a case of rap_e against ex-lover, Sjava.

According to reports, Lady Zamar opened the case in November last year at the Lyttleton police station in Pretoria that her ex-boyfriend Sjava had feasted on her punani without her approval. She says she had only allowed him to kiss her, but not to sample the sweetness of her honey jar. The rap_e case has since been transferred to Thohoyandou police station for further investigations.

The case details how Lady Zamar was allegedly rap_ed by Sjava after the two musicians performed at the Royal Heritage Festival in Limpopo in 2017.

Since the announcement, Twitter users have been accusing women of not believing that Lady Zamar was rap_ed by Sjava, with some questioning why a case was only being opened almost three years later, and others saying Lady Zamar was only opening the case because Sjava brought his wife to a concert she was performing at.

However, the news did not come as too much of a shock to fans of Lady Zamar, who were aware that she opened up about alleged verbal and se_xual abuse suffered at the hands of her ex-lover in October last year.

“You guys are exhausting man. I’ve been saying… Your precious Zulu man is a liar and a cheater. Cheers to every person that didn’t believe me when I told them that that nigga’s married.. coz in your face.. mxm y’all are exhausting.. now y’all wanna drag me coz I didn’t know?,” she said last year, while also addressing rumours of her past relationship with a married man.

Other Twitter users have shown solidarity and support for Lady Zamar, and all women who have been victims of se_xual abuse and assault.

Sunday World further reported that Sjava failed to comment on the allegations at the time of going to print.