President Emmerson Mnangagwa’s allies are considering finding a safe haven for him in Western Asian countries when he exits the Presidential seat, Professor Jonathan Moyo says.

Writing on Twitter on Sunday, Moyo said the President’s allies were not satisfied with the safety of Mnangagwa when he resigns as army piles pressure on him to step down.

Said Moyo, “As the #KwekweAgreement takes root with the focus shifting on the manner and timing of Mnangagwa’s exit, his influential clansmen and cartelists now fear that their godfather might not be safe in Zimbabwe and are hard pressed to find a Singapore for him with eyes on Qatar and Abu Dhabi!” 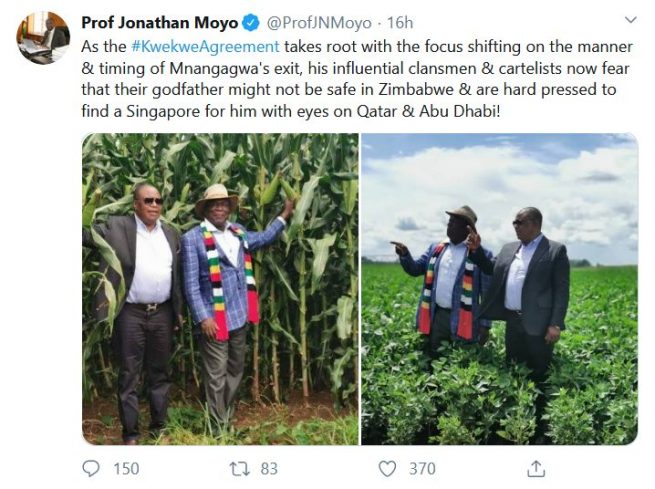