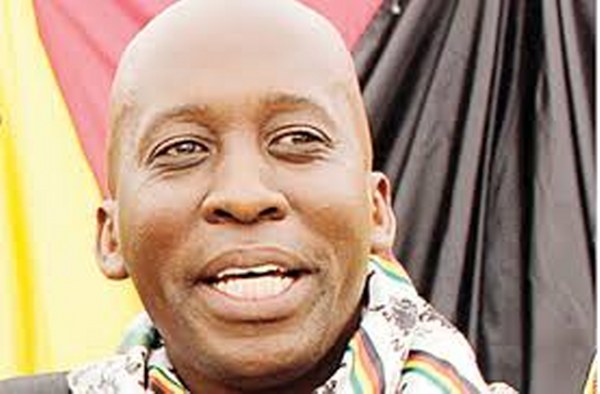 Former Harare East Zanu PF legislature Terrence Mukupe is a violent womaniser with 10 children and also harbours Presidential ambitions which have led him to consult different witchdoctors for a lucky charm.

This was exposed by the family of Rachel J, the ex-deputy minister of finance’s wife in a lengthy statement that gushes out all the dirt the businessman has been involved in.

The family claims Mukupe has never been married to Rachel J and accusing him of physically attacking the singer at her residence resulting in her emotional trauma.

“On the issue of cultural activity and occultism it’s really shocking coming from a man, with incisions (nyora) all round his waist, who jumps from sangoma to sangoma every weekend trying to attain evil powers to become a President,” said the family statement Tuesday.

“Do not let us spill your beans. Kindly advise us on where we can deliver your tsvimbo and black and red occult (machira emudzimu) cloths, which you left at our daughter’s previous residence.

“Do not deny this as your relatives who stayed with Rachel J have all the knowledge of your occult activities.”

The family went on to say that, their daughter terminated her relationship with the former legislature after he became violent.

This was after Rachel had reportedly cut off all financial support towards him, his children and baby mothers.

“After having lost Rachel, everything including vehicles, he became a violent man. No one of any gender, adult or child deserves this kind of abuse. Attacking a defenseless preg_nant woman is a sign of weakness and should never be supported in our society,” the family said.

“She is a single woman. As family we have never met Terence Mukupe nor has he ever set foot in any of our houses. He should not confuse dating to marriage.

“We are grateful for Rachel refusing to marry this man, because of his infidelity and misuse of her wealth. Initially we were shocked because Rachel has never dated a politician.”

The family said because their daughter believed in love and because of her naivety she allowed “this man” (Mukupe) to move in to her home.

“Having moved in without anything in his name, she transformed his life into a respectable member of society with something to his name and his family is aware of this,” the statement said.

“Rachel has always been a serial entrepreneur with vast business interests in the cleaning industry, mining, fashion, media, transport and logistics. She welcomed the idea to work with this man and fought by all means to build a business empire with him.”

The statement went on to say that Mukupe used Rachael J’s resources and poured into the life of Terence Mukupe by paying for his last political campaign which she sponsored from the massive billboards, regalia, media, campaign vehicles, sarongs (mazambia) and newspaper.

“These resources could have been put to better use as a family. Rachel has always protected Terence reputation in making people believe, he was the one taking care of her,” the family said.

“Yet he solely relied and lived off Rachel, funding his 5 baby mother’s, kids and girlfriends. The claims being levelled at Rachel J, of being impreg_nated by Prophet Bushiri are unbelievable with his evidence stating that they met in 2018, how is it possible for her to carry a preg_nancy for two years.”