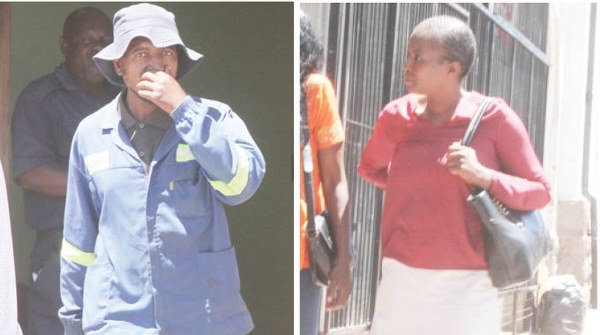 JOBLESSNESS can spell divorce for men, but not women.

This is the predicament being faced by a Bulawayo man who was dumped and forced out of the matrimonial house by his wife of 19 years because he is jobless.

Moureen Cindrela Zulu who supposedly never agreed to be the only financial provider accused her unemployed husband Saunders Bongani Moyo of being a habitual drunkard who wilfully neglected and refused to maintain her and their four children.

She said her husband would come home inebriated and quarrel with her while using filthy language resulting in lowering her image and reputation in the suburb.

She made the assertions when she sought a protection order against him whom she also blamed for turning violent after excessively taking to the bottle.

“I have been customarily married to Saunders Bongani Moyo for 19 years. During the course of our marriage he abused me in the following ways: physically, verbally and financially. I am single-handedly supporting the family paying all the rentals, school fees and buying food.

“When he was working, he would drink all the money meant to support the family and when he comes home drunk, he will be violent and threatens the children,” complained Zulu.

She also accused her husband of being “useless and unfaithful”.

“During the subsistence of our marriage he secretly wedded another woman Venanda Mangisi. The marriage is still subsisting and is blessed with a child.

“I, however, pleaded with him to annul the marriage and he refused. Because of all these problems bedevilling our marriage I decided that we go on separation. After he moved out of the house, he came back, a month later, in a drunken stupor and threatened to kill me while demanding custody of two of our minor children aged six and nine respectively”.

In further submission, Zulu insisted that she did not love her husband anymore because she feared one day, he might kill her.

In defence, Moyo denied the allegations, saying he did not beat her up or threaten to kill her.

“I never assaulted her or threatened to kill her. She is the one who assaulted me. We have been together for 19 years and our problems started when I became jobless.

“When I was working, I was the one who was taking care of the family. She is accusing me of being a drunkard and useless just because she is now working and I am jobless.

“I am aware that she needs financial assistance but I can’t provide for her now since I am not employed. She is also being ill-influenced by her younger brother to neglect me. They teamed up and chucked me out of the house saying they were the ones paying rentals and buying food,” said an enraged Moyo.

For the purpose of maintaining peace, the presiding magistrate Adelaide Mbeure granted a reciprocal order which requires both parties not to verbally and physically abuse or threaten each other in any way.