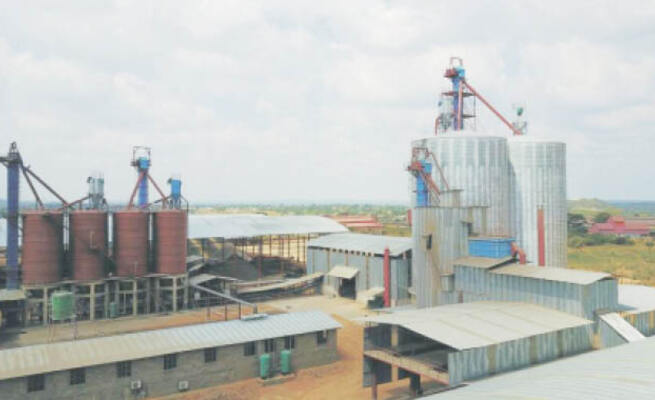 Workers at cement manufacturing company Lifetouch Investments, reportedly scurried for cover and refused to enter the company premises after their Chinese bosses reportedly came back into the country from their native China.

The workers at the Redcliff-based company reportedly downed tools as they pleaded with their bosses to be screened first to ensure they did not have the virus. Company director Don Wang, and four of his associates, had travelled to China to celebrate their New Year. But upon return, the four reportedly “sneaked” into the country and led to the employees getting wind of it and refusing to mix with them.

But workers at Lifetouch revealed that their bosses had flown to China and came back into the country without following proper procedures.

“We refused to be in contact with them after they came back from China last week. We just woke up with them loitering at the site and shouting instructions and everyone asked how did they come back. So we decided to tell them to get quarantined first before they come to work, what if they have the virus and they spread it to us,” said one worker on condition of anonymity.

Another employee said the bosses live at the company premises together with most of the workers.

“They stay at the company premises together with us and to be honest our conditions are not conducive and they make it easy for the virus to spread easily. We live 18 of us in one room and that is not hygienic,” said the worker.

Travellers visiting corona virus prone areas are supposed to go under surveillance for 21 days. There has been no confirmed case of coronavirus, Covid-19, in the country but the Government has taken measures to screen travellers at ports of entry, especially those coming from countries with recorded cases of Covid-19. Neighbouring South Africa and Zambia, among other African countries, have recorded Covid-19 cases.

Covid-19 was first detected in China’s Hubei province, in Wuhan City in December last year and has since spread around the world — with more than 200 000 people infected and at least 9 000 reported dead from the viral infection. At least 34 African countries have recorded coronavirus cases and 16 deaths had been recorded as of Thursday afternoon.

News Muza Mpofu - 23 June 2021 0
THE Nelson Chamisa-led opposition MDC Alliance party has indicated that it might change its name to MDC Chamisa after Douglas Mwonzora’s MDC-T threatened to...

Army general (Rtd) cries in court: My life is in serious danger

JUST IN: Government locks down Bulawayo

News Muza Mpofu - 23 June 2021 0
Bulawayo has effectively been put under lockdown after Cabinet yesterday approved that three districts that are Covid-19 hotspots be placed under localised lockdown, with...

Goods worth thousands of dollars burnt to ashes as fire burns down nightclub and...

News Tshuma Rueben - 23 June 2021 0
GOODS worth thousands of dollars were burnt to ashes when a night club, butchery and restaurant caught fire at Mabelreign shopping Centre on Sunday...

News Muza Mpofu - 23 June 2021 0
A FRESH war has erupted in the Nelson Chamisa-led MDC amid strong disagreements on whether the party should stick to the disputed MDC Alliance...

Government reveals why it delayed reopening of schools by 2 weeks, more details emerge

News Muza Mpofu - 22 June 2021 0
MDC Alliance Vice President Tendai Biti has said the party will likely have a different name for the 2023 elections to avoid confusion as...
Loading...