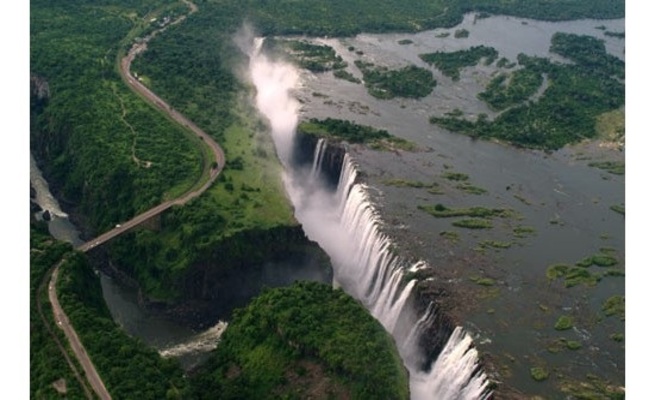 TOURISM players in Victoria Falls yesterday implored Government to close borders especially for travellers from high-risk countries to prevent the spread of coronavirus.

This comes as some countries have imposed travel restrictions while airlines have also suspended flights.

Yesterday panic gripped Victoria Falls when a group of 42 tourists from 11 countries arrived in the resort town aboard a Rovos train, a luxury train service that chauffeurs tourists around Africa.

The travellers were accompanied by about 20 handlers and tour guides comprising locals, South Africans and others from Botswana.

The tourists comprised nine British nationals, nine South Africans, eight Australians, four from Germany, three from Switzerland, two each from USA, Malta and Netherlands and one each from Sweden, New Zealand and Ireland.

The train was coming from Tanzania on a long tour that started a few months ago around the globe and booked at Victoria Falls Hotel.

There were concerns as the tourists were only checked for temperature without much more sophisticated screening.

This news crew observed the arrival of the train at Victoria Falls train station where some casual workers simply received luggage from the train without waiting for it to be sanitised.

None had gloves or face masks. Only staff at Victoria Falls Hotel had masks, gloves and a temperature screening device but the security guard who was screening the whole group had a single set of gloves and mask.

This exposed the officer to the risk of infection in the event that one of the travellers could be infected.

Even curio vendors went about their business as usual soliciting for clients without keeping the recommended social distance.

Speaking on condition of anonymity, some industry players called for immediate action.

“It’s better to lose business than to put everyone at risk. If we can temporarily close borders then we know we can defeat the virus and reopen than to expose ourselves,” said an operator.

The operators had intended not to allow the train to stop in Victoria Falls and order it to proceed but failed as there was no Government official to communicate with the train authorities.

“We are not sure if proper testing and screening was done on them. These are people from high-risk countries and if we remain open at our borders we are at risk and it’s a sign of lack of preparedness at a time when all countries are closing borders,” said a hotel executive.

“For now, it is better to prevent the spread from other countries. It’s better we suffer revenue drops temporarily than compromise the health of the whole society, which is already vulnerable.”

Health and Child Care Permanent Secretary Dr Agnes Mahomva acknowledged that the country is at risk and said recommendations have been made to Government.

“We as the health sector can only make recommendations and we have done that as much as we will continue doing. I am sure something is being worked on,” she said.