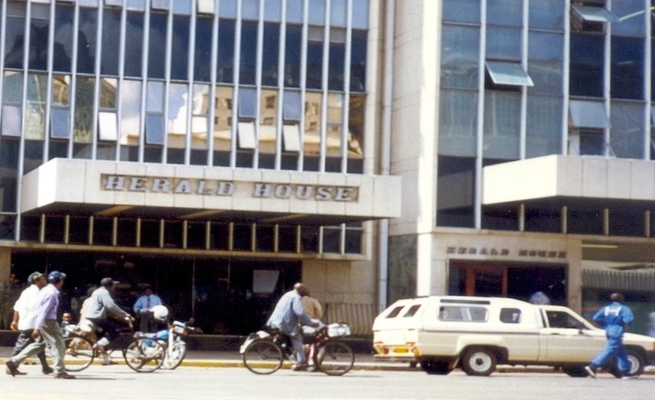 ZIMPAPERS has, with immediate effect, suspended the publication of five newspapers including B-Metro and Umthunywa as the country’s largest integrated media house goes into semi-lockdown in an effort to play its part in the prevention of the spread of coronavirus.

The company has sent most staff members on leave while a majority will be working from home to reduce human traffic at the company’s workstations.

Other publications that will not be produced are H-Metro, Kwayedza and Suburban — all based in Harare.

The company has also scaled down operations at its commercial printing division, Natprint.

As a result, 53 percent employees have been sent on leave.

“In its contribution to the national effort to fight the spread of the coronavirus, Zimpapers has decided to go into a semi-lockdown and ask some of its employees to either work from home or proceed on leave. Critical staff will continue working from the main centres in Harare, Bulawayo, Mutare and Kariba as well as its bureaus spread across the country,” read a statement.

The company said it would be curtailing printing of some newspapers as countries where it imports newsprint, inks and plates have already gone on lockdown.

The publications that would remain in circulation will carry reports and educational messages on the virus in local languages to ensure that no one is left behind in the fight against Covid-19.

Zimpapers has also implemented similar measures on its four commercial radio stations Star FM and Capitalk in Harare, Nyaminyami in Kariba and Diamond FM in Mutare which will share content to decongest studios.

BoldAds, Zimpapers advertising arm’s employees will work from home while over 50 percent of the workforce at Zimbabwe Television Network (ZTN) has been asked to either work from home or take their leave days.

Technology Muza Mpofu - 14 June 2021 0
The digital age adds more excitement and ease to the lives of people. It ensures to benefit the people belonging to multiple fields. Marketing...

News Muza Mpofu - 14 June 2021 0
A LAZY Inyathi man fatally axed his elderly father in a dispute over food and threw his body into a fire in a kitchen...

News Muza Mpofu - 14 June 2021 0
AN exorcism ritual recently went wrong when a self-styled Chiredzi prophet inserted his fingers into the vagi_na and anu_s of a 16-year-old girl during...

News Muza Mpofu - 14 June 2021 0
Police officers conducting a demolition exercise in Chitungwiza were feted with takeaway food by council at a time service delivery has plunged to unprecedented...

SAD: Beverly Sibanda hits hard times, breaks down as she reveals that hubby is...

News Muza Mpofu - 14 June 2021 0
Popular raunchy dancer Beverly ‘Bev’ Sibanda could not hold back her tears as she exposed her husband Mufudzi Chambuka’s cheating shenanigans with at least...

He trained and worked under 2 men: Top pastor reveals how late TB Joshua...

News Muza Mpofu - 14 June 2021 0
SOME rowdy pirate kombi crews operating in Bulawayo are reportedly plotting to attack traffic police officers at their homes in retaliation for skirmishes that...
Loading...