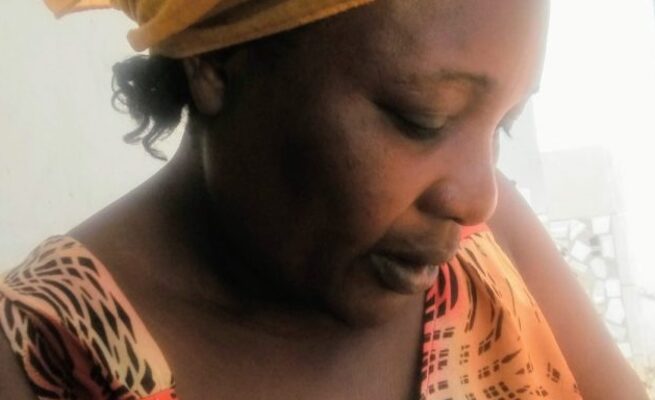 Hell hath no fury like a Redcliff woman who mistakenly sent her nud_e photos to a church choir WhatsApp group.

The woman from Rutendo suburb, Samukeliso Ndhlovu, now blames female congregants within her Roman Catholic chapel of ‘abusing’ the picture (attached below) to destabilise her marriage.

Ndhlovu, who is widely known as Mai Muchengeti in local circles, quashed rumours that she wanted to send the nud_e picture to a ‘boyfriend’, saying she has none.

“I was communicating with my husband on WhatsApp so he asked me to send my nud_es. It was by mistake that I sent the pictures to our church choir group. Now, some mothers within our church want to destabilise my marriage by continuing to send those pictures to my husband,” Mai Muchengeti said.

She says despite the ‘mistake’, her relationship with her husband, a cross-border truck driver, has remained solid.

“My husband had the photo sent to him by her sister, my aunt, who is in the UK. A lot of women from our church want to separate us but we are not being moved. This is actually strengthening our blissful union”, said Mai Muchengeti who is a congregant at St Luke’s Roman Catholic Church in Rutendo neighborhood.

Her husband’s mobile was not reachable when ZwNews tried to get in touch with him.