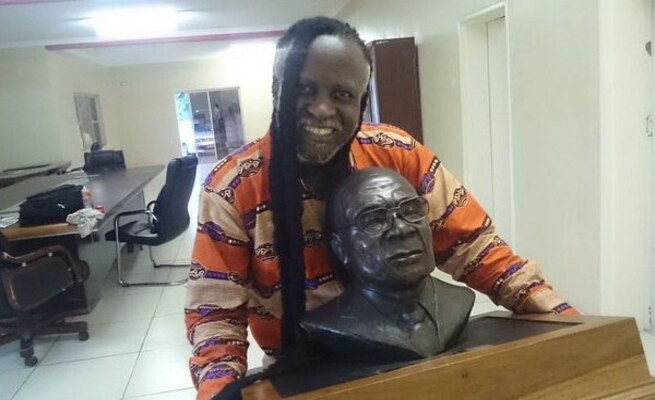 African Roots musician and sculptor-cum-politician Bryn Taurai Mteki says he is taking no chances with the novel coronavirus (Covid-19) and has since gone into self-isolation.

The Nora hit maker disclosed this in a video he posted on his WhatsApp status on Friday.

However, he did not reveal his recent travel history in the video, but Standard Style established that Mteki, who contested the presidential election as an independent candidate, had entered the country from either Europe or the United States via Johannesburg on March 20.

“I am not just feeling a little bit well you know [sic]”, he said.

“It could be coronavirus, you know, corona scare. Just stay away, stay at home.

“I am just feeling a little bit under the weather, you know.”

Standard Style could not reach out to the musician to ascertain whether he had sought medical assistance or had gone for Covid-19 testing since he had travelled from high-risk areas.

However, a source close to the musician said Mteki was in self-isolation and taking no chances.

“He has no symptoms and looks perfectly well, but he decided not to mix with people, including his family, and has gone into self-isolation,” the source said.

In January, Mteki told this publication that he would spend the better part of this year in Europe and the US where he would hold exhibitions and attend arts festivals.

Popularly known as Sekuru Tau, Mteki surprised all and sundry when he threw his hat into the political ring for the July 31, 2018 presidential election as an independent candidate.