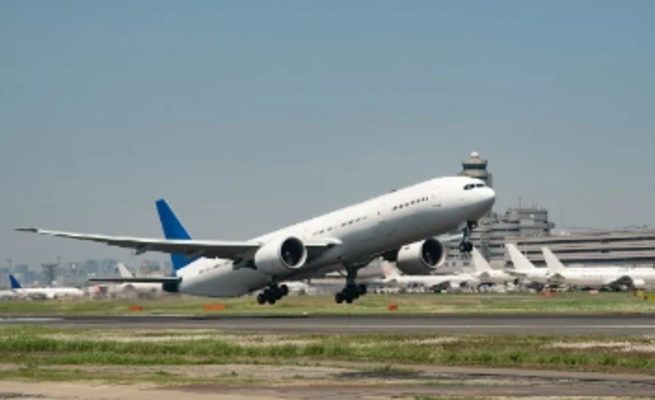 A private charter aircraft believed to have been carrying businessman Frank Buyanga and his son was last week forced to reroute to Dubai from South Africa after being turned away by authorities at OR Tambo International Airport.

The Dubai registered chartered jet could not land at the airport in the neighbouring country because it had not been cleared by the department of transport in South Africa.

It then rerouted to Dubai, according to a press release by the Airports Company of South Africa.

“On 27 March at about 12h30, a charter aircraft registered in the United Arab Emirates originating from Harare, Zimbabwe, sought permission to land at OR Tambo International Airport. Its pilots reported that they were carrying a returning 40-year-old male South African citizen and his five-year-old son. The flight did not have the necessary clearance from the Department of Transport and subsequently returned to Dubai,” reads part of the statement.

It is believed that onboard was the Zimbabwean property tycoon, who was born in the United Kingdom but travels on a South African passport.

Buyanga who is in the middle of a custody battle with his ex-girlfriend, Chantelle Muteswa, recently left the country with his son on business.

Chantelle has since approached the Supreme Court contesting a High Court decision to grant the couple joint custody of the minor.

In a landmark judgement recently, the High Court ruled that fathers could have equal guardianship and custody with the mothers over their children born out of wedlock.

This changed the common law rule that gives the mother of child born out of wedlock sole guardianship and sole custody of a minor child, although enforced maintenance orders against the father.

Meanwhile, Buyanga through his UK and Wales based lawyers, Waller Polling Goldstein, have since written to Muteswa’s lawyer, Munyaradzi Bwanya in relation to the custody matter involving the minor child.

Reads part of the letter, “In light of the current Covid-19 situation, and you client having been sentenced to prison for contempt of court, it is clearly unsafe for her to have face-to-face access to her child. We therefore propose to have remote meetings going forward.

Please advise as to your times and conveniences in order to arrange a Skype meeting with the child.

“We are extremely concerned about the false press releases that are being issued by your client. The news asserting that our client has unlawfully kidnapped their son is a statement you know to be untrue. Our client’s position is fully reserved in relation to this. This is of course detrimental to the child’s welfare which is something that will no doubt be raised with the court in due course.