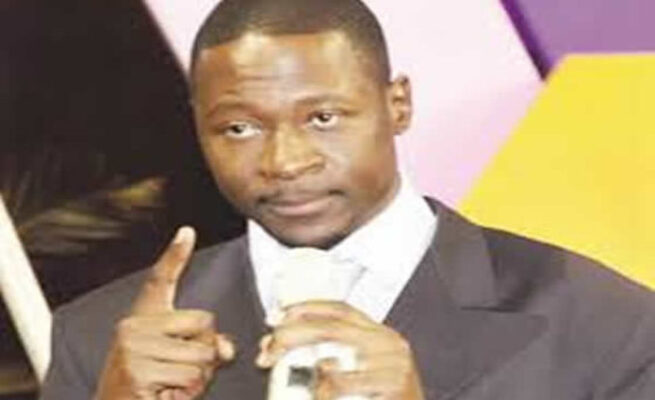 Prominent preacher Emmanuel Makandiwa has risked angering health authorities after telling his followers that the novel coronavirus would not kill them.

In a broadcast on Wednesday, Makandiwa told his followers that they would not die – a message which authorities will find unhelpful as it can lead to risk-taking under a false belief of divine immunity.

Claiming that the coronavirus was “spoken of many many years ago”, Makandiwa said: “Everyone under the sound of my voice, as long as you can hear me, you’re spared. There’s not even one person listening to me tonight who shall be killed by this disease.

“You will not die because the Son (Jesus) is involved in what we’re doing.”

Makandiwa said he was giving his followers “freedom no medication can offer.”

“You can’t find this freedom in any pharmacy. If you can hear my voice tonight, start praying for others, stop praying for yourself… you’re covered, you’re protected,” he added.

Health authorities worldwide are calling for greater personal hygiene including regular washing of hands with soap or hand sanitisers and avoiding touching the face, as well as shunning crowds. Handshakes are strongly discouraged.

The virus spreads primarily through droplets of saliva or discharge from the nose when an infected person coughs or sneezes.

Presently, there are no specific vaccines or treatments for Covid-19, the disease caused by coronavirus.

Makandiwa will not be the first preacher to get into the cross-hairs of health authorities for misleading followers on the virus.

In Nigeria, there have been calls for the arrest of prominent TV preacher Chris Oyakhilome, known as Pastor Chris, after he repeated an unsubstantiated theory that the coronavirus is caused by fifth generation (5G) mobile communication technology.

“Don’t think what is happening right now has to do with a virus. It’s not a virus. The world has chosen to be deceived. As they have been deceived many times before,” Pastor Chris claimed.

“If you still don’t yet know what is going on, know today; it’s not about the coronavirus. This is basically a group of people serving a devilish cause trying to checkmate humanity to hell.

“There’s a movie called ‘Divergent’ from 2014. That’s what the groups that are interested in the New World Order are up to, to put vaccine in your body containing a digital ID, by which you as a human being can be controlled, you cease to be yourself.”

He claimed Nigeria’s federal government locked down Abuja, Lagos and Ogun to install 5G, and not to stop the spread of coronavirus.

“They had already tested 5G in Abuja and now they are digging in Lagos to get it ready. That’s why they locked down Abuja and Lagos so that the 5G can be installed.”

His bizarre conspiracy theory, which has been peddled by others online, has been rejected by other Nigerian preachers and the country’s communications ministry.

“What Oyakhilome has done has the tendency of rolling back the gains made in the fight against Covid-19 and also of derailing efforts at containing the spread of the disease. What he has done can be termed a terrorist act for its capability of leading citizens astray to mass death and certain doom. He should be held to account,” wrote Nigerian journalist Fredrick Nwabufo.

A conspiracy theory that links 5G mobile telecommunications masts to the spread of the novel coronavirus is dangerous fake news and completely false, according to experts. Other experts believe 5G can cause health issues but none have made a link to coronavirus.

In Britain and Brazil, masts were torched by people taken in by the conspiracy.

When asked by a reporter about the so called “theory” that 5G telecommunications masts could play a role in the spread of the disease, British Cabinet Officer Minister Michael Gove said: “That is just nonsense, dangerous nonsense as well.”