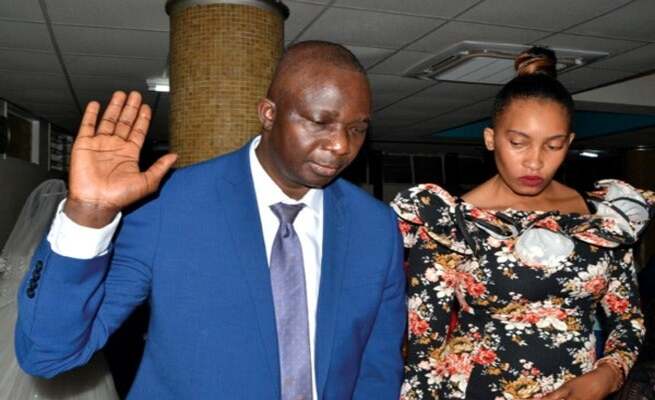 Raunchy dancer Beverly Sibanda’s marriage seems to be on the rocks barely 4 months after she said ‘I do’ to UK based doctor Melusi Mufudzi Chambuka.

A frustrated Chambuka went on social media to vent out about his marital woes and accused Bev of allegedly stealing from him. 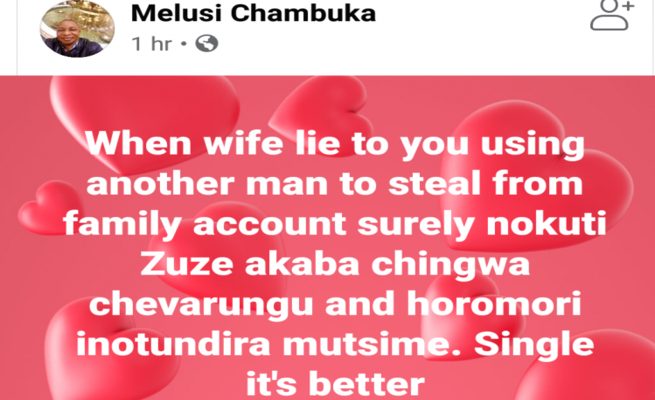 The post seems to have been privatized now, but the screenshot grabbing social media FBI had already done the Lord’s work.

Bev shocked many after she pulled up a surprise court wedding with Chambuka, despite not having sharing their r0mance and courtship online as is the norm with most celebs.

Despite it being a low profile relationship, Bev’s manager, Harpers Mapimhidze said the two had done the whole marriage thing by the book. He revealed that Chambuka even paid lobola to Bev’s family.

Harpers said the whole affair was kept private because airing out all your business to the public is not a good thing, it could have jeopardized the relationship.

The reason they had a quick wedding was because Chambuka needed to file the paperwork before returning to his base in the UK.

Bev seemed to be comfortably settling into the married life, occasionally sharing pictures inside her home.

She said she had no regrets about getting married and told haters to stay in their lane after they criticized her marriage.

This was after a jilted UK woman said her marriage to Chambuka would not last because he was womanizer and a serial heartbreaker.

With Chambuka now breaking rank and declaring that the single life is better, it lies to be seen if the couple with weather the storm or check in heartbreak hotel.

Bev is yet to comment on the matter which others believe might have been a prank or aimed at something else and not their marriage.