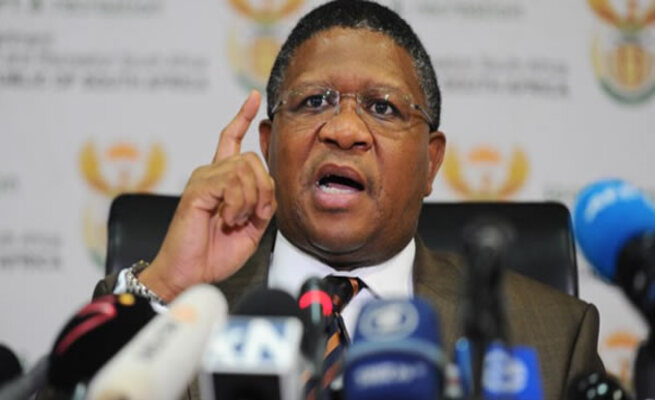 This is what he said on Friday morning when he went to open a case against his buddy Somizi Mhlongo at Sandton Police station.

The case follows a leaked Instagram live video clip, in which Somizi told his co-host Dineo Ranaka about the extension of the lockdown before it was announced by President last night.

The extension of the lockdown has been on most South Africans’ lips since the presidency issued an advisory that the president would be addressing the nation.

But in the video, which was abruptly cut after Somizi name dropped and said he was told by Minister Fikile Mbalula about the extension, which he later claimed that it was a bad joke.

Mbalula said, “He’s my friend and so on, but I can’t give and impression that I mix business with pleasure.

“My cabinet responsibilities in relation with public, cannot be confused with induvial personal friendship.

”After the apology by Somizi, Mbalula came out and on social media stated that he has accepted Somizi’s apology.

The apology however, didn’t stop minister from opening a case in relation to contravention of the National Lockdown Regulations.

“I was very disappointed by the video that got circulated, which made it very clear to me that most of the things there could be said in jest or whatever way.