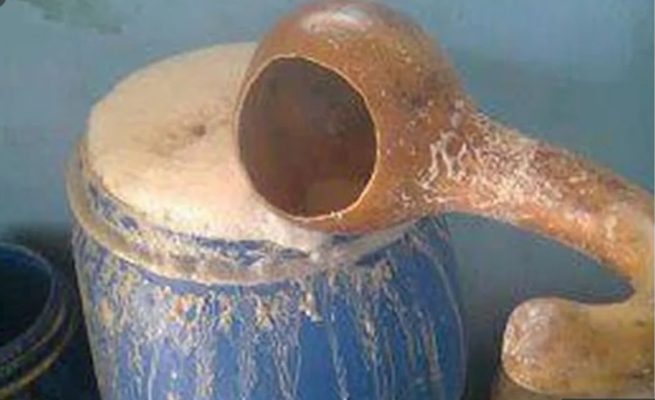 The vendor, who identified himself as Salad Kedor told The Herald that he brewed the stuff overnight (ChiOne Day/Chikokiyana/Skokiaan) and sold it the following day while at times he also brewed a brand that is left to ferment for a week (popularly known as ‘Seven Days’) before its consumed.

Kedor said he took advantage of the current lockdown, which barred bars and other sources of beer from operating to brew his traditional beer and sell.

“Most people do not have a choice but to buy from me because my stuff is cheap and is food and drink in one,” said Kedor.

He castigated youths drinking other illicit brews saying they were damaging internal organs like the liver.

News Cynthia Goba - 14 January 2022 0
A woman accusing preacher Tapiwa Freddy of rap_e sent him nud_e photos and told him she was h0rny, a court heard on Thursday. The married...