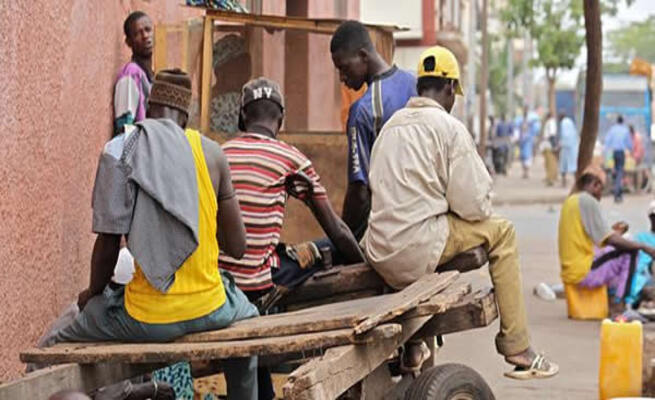 PRESIDENT Emmerson Mnangagwa this week said he could not rule out the possibility that the current 21-day national lockdown effected on March 30 in a bid to contain the spread of the coronavirus (COVID-19) plague would be extended.

On Thursday, South Africa’s President Cyril Ramaphosa announced a further two weeks of lockdown, stating that disengaging too soon could be catastrophic for his nation, with the death toll in the neighbouring country rising to 24 yesterday from 2 003 reported cases. President Mokgweetsi Masisi also locked down Botswana on Thursday — which has 13 cases and one death, with his government declaring a six-month emergency during which there would be no inter-country travels.

Zimbabwe, however, presents a curious situation given that the majority of the population earns its keep in the informal sector which, due to its dense traffic, could be an ideal space for the spread of COVID-19. The possible extension, therefore, did not sit well with many and the fact that traders have been allowed to resume business before reaching halfway of the initial lockdown demonstrates it may be impossible to have an extension.

The concerns expressed by those opposed to the extension stem from the fact that many people in Zimbabwe are food-insecure and continued loss of income will worsen their situation.

The food crisis in the country is a major cause for concern and requires a balancing act. The United Nations World Food Programme (WFP) this week raised the red flag, saying about US$130 million was urgently needed for an emergency operation which is aimed at preventing millions of the country’s most vulnerable people from starving. Zimbabwe has been reeling under climate and recession-induced hunger crises that have now been worsened by the harsh effects of COVID-19 response.

According to a nationwide assessment — the Integrated Food Security Phase Classification (IPC) — conducted by WFP, the number of acutely food-insecure Zimbabweans had risen to from 3,8 million to 4,3 million at the end of last year.

“With most Zimbabweans already struggling to put food on the table, the COVID-19 pandemic risks even wider and deeper desperation,” said Eddie Rowe, WFP’s country director

The total number of food-insecure people stands at 7,7 million, more than half the population. The US$130 million being urgently sought by WFP is part of a total food assistance requirement of US$472 million through to December. Although government has indicated that it has put together a package to bail out the most needy families on its list during the lockdown, the approved paltry $200 per person once-off cushioning allowance is likely to be insufficient. Against this backdrop, an extension of the current lockdown will obviously have adverse effects on individual households and businesses, with many people likely to lose their sources of income.

Despite the obvious benefits of limiting movement, in the absence of a back-up fund like what other countries have done, Zimbabweans will be forced to break the rules of the lockdown and venture out in search of food. In South Africa, Ramaphosa said to date they had paid out R356 million to assist citizens. An unemployment insurance fund of R40 billion has also been set aside to help employees who will be unable to work.

In Zimbabwe, however, there are no safety nets for the vulnerable and this has been witnessed by the re-opening of vegetable and fruit markets. Although posing huge challenges on the issue of social distancing, many people went out to the markets either to sell or to buy.

Although humanitarian at face value, the development defeats the purpose of the lockdown. Beitbridge East legislator Albert Nguluvhe has said many people in his constituency would starve during the lockdown. Most people in Beitbridge reportedly rely on South Africa for employment due to limited opportunities in the border town and as well as for their daily needs, including basic commodities.

The lockdown has also seen the closure of Beitbridge border post, a situation which has caused great concern for the border town residents who rely on goods from across the Limpopo. Nguluvhe says many people are now spending the day in queues for basic commodities, in a development which flies in the face of measures such as social distancing, which require that people do not congregate in numbers.

“If we continue on this path, we are heading for a seemingly sudden explosion of COVID-19 cases and deaths,” he said, adding that the government had misunderstood the mechanics of a lockdown.

For Zimbabweans to successfully execute a meaningful lockdown, there has to be a deliberate effort by the authorities to ensure people do not starve. Like in the South Africa’s case, there has to be a comprehensive package of economic support measures to assist businesses and individuals affected by the pandemic. The public health response too has to be improved, including more testing of people in order to slow down infections.

News Sekai Moyo - 3 December 2020 0
Musician George Mkandawire has passed on in Zambia where he was based. Mkandawire who was striving to get back on his music feet after a...
Loading...