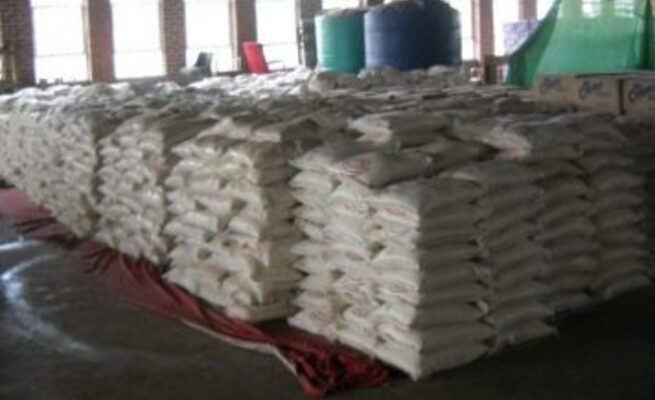 COWDRAY Park councillor Cde Kidwell Mujuru has refuted allegations that he was diverting Government subsidised mealie-meal to the black market.

Residents were left fuming last Monday after a truck delivering the product at TM Cowdray Park in Bulawayo only offloaded half the load before being allegedly diverted by Clr Mujuru to the new stands popularly known as Esigodweni.

“I think people misread my intentions. It is true that the truck took some of the roller meal to the area you are mentioning but this was solely so that people from the area can benefit too because most of them were failing to get to TM or even the terminus where the product was sold. As a local councillor I then got in touch with the suppliers and asked them to go to Esigodweni and deliver the product. It is not true that the intention was to supply the black market. However, the sale of the mealie-meal only stopped after one person was detected to have bought more than 20 times because the owner apparently runs a tuckshop and wanted to re-sell the product.”

He said when that was discovered the culprit then mobilised other residents and they started disrupting the smooth process of selling the product in the area.

“This was an open space although I had asked our local police to control. The company (maize meal supplier) then said it cannot continue selling and they drove off. I have since arranged that we use Cowdray Park Primary School. I cannot be that irresponsible to divert mealie-meal to the black market, that would be blatant corruption,” said Clr Mujuru.

The mealie-meal black market is thriving in the suburb with some people selling a 10kg bag for $200 cash. Sunday News observed long winding queues at some of the shops where the product was delivered. However, most of the people were not observing social distancing as directed by the Government during the lockdown period.

Residents also blasted one of the retail shops where the owner was only accepting foreign currency and cash at a time.

“Where do they think we can get cash, when they purchase the mealie-meal at GMB (Grain Marketing Board) they use plastic money but now they demand cash or forex from us. I think shops such as these must not be allowed to sell mealie-meal, its best the supplier sells straight from the truck,” said a resident Mr Tawanda Nhopi.