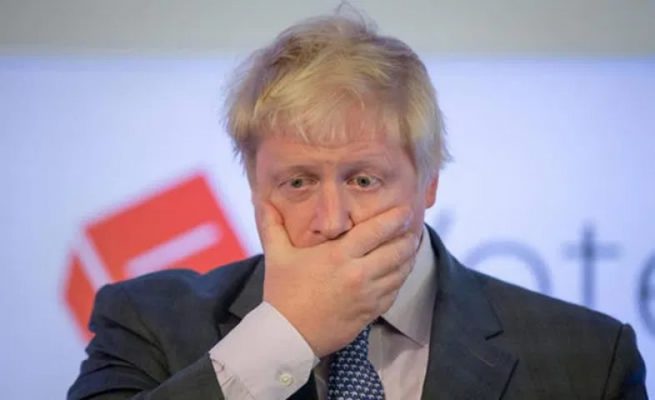 British Prime Minister Boris Johnson has been discharged from the hospital and will continue his recovery from COVID-19 at his country residence of Chequers, his office has said.

“On the advice of his medical team, the PM will not be immediately returning to work. He wishes to thank everybody at St Thomas’ for the brilliant care he has received,” a spokesperson said.

Johnson, 55, was taken to St Thomas’ Hospital in central London on April 5, after suffering from persistent symptoms of the disease caused by the new coronavirus.

On April 6, he was moved into intensive care, where he remained until April 9.

In his first public statement since he left hospital, Johnson said he owes his life to the National Health Service (NHS) staff who treated him.

“It is hard to find the words to express my debt to the NHS for saving my life,” he said in a video address published on his official Twitter channel on Saturday.

He also thanked the public for their effort to stay indoors to slow the spread of COVID-19.

“The efforts of millions of people across this country to stay home are worth it. Together we will overcome this challenge, as we have overcome so many challenges in the past,” Johnson said.

While he convalesces, Johnson has asked Foreign Secretary Dominic Raab to handle the nation’s response to the pandemic.

The United Kingdom has been in an effective lockdown since March 23 and the government is set to extend the restrictions sometime this week.

But Johnson’s Conservative government has come under fire for its slow response to confronting the pandemic – allowing tens of thousands to gather at the Cheltenham horse racing festival in mid-March, for example. It has also faced criticism for its slow rollout of a coronavirus testing programme.

Over the past few days, the government has also faced acute criticism for the lack of personal protective equipment (PPE) for front-line workers in hospitals, amid reports that some nurses have had to resort to cutting up rubbish bags to cover themselves.

Health Secretary Matt Hancock revealed on Saturday that 19 front-line workers have died from the virus.

The Royal College of Nursing has piled more pressure on the government, urging members to refuse to treat patients as a “last resort” if adequate protections are not provided.

Business Secretary Alok Sharma stopped short on Sunday of apologising for the lack of medical masks and gowns but said it is “absolutely right that no medical professional should be placed in a position where they have to make that choice”.

“That is why we are making sure we get the equipment to the front line,” he told Sky News.

Figures later on Sunday are expected to show that over 10,000 people in the UK have died after testing positive for coronavirus.

That would make the UK the fourth European country after Italy, Spain and France to reach that grim milestone, even with its limited testing.

On Saturday, the UK reported 917 new coronavirus-related deaths in its hospitals for an overall death toll of 9,875. The UK total only includes deaths in hospitals.

While the number of new cases and hospitalisations appears to have plateaued, deaths are still rising.